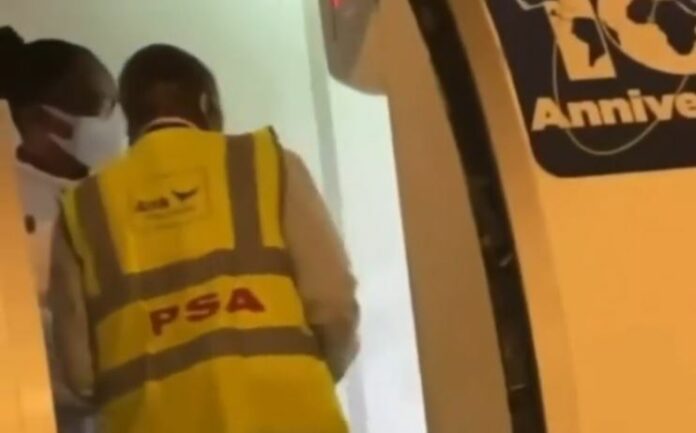 Nigerians on a local flight got into a fight while onboard a plane after the pilot allegedly delayed the flight for hours.

According to reports from a passenger who filmed the incident, the pilot refused to fly because he “doesn’t like a passenger”.

The witness also alleged that the pilot claimed the said passenger was rude to an air hostess but other passengers disputed this.

This led to commotion and a delayed flight.