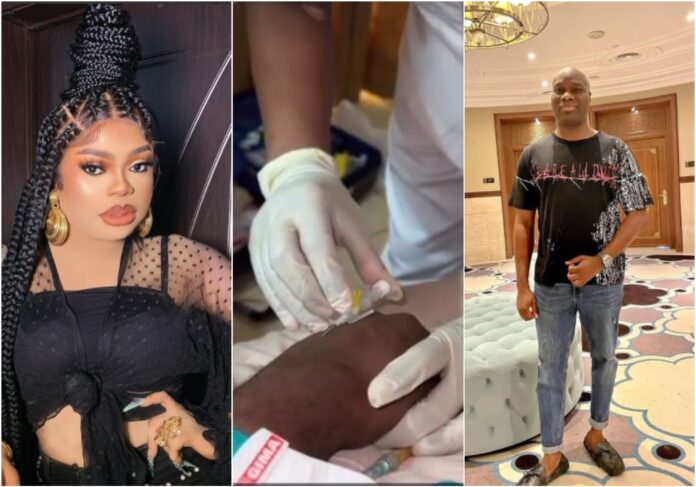 Mompha lands in hospital amidst public drama with Bobrisky

Ismaila Mustapha, commonly known as Mompha, a popular billionaire playboy, has been admitted to the hospital with an undisclosed illness.

The crossdresser exposed their conversation, in which he urged Bobrisky to cook for him and pleaded for a ram to celebrate Sallah.

Mompha appears to have developed an illness as a result of his ongoing battle with the controversial crossdresser, as he just revealed on his Instagram page.

The business mogul posted a video of himself lying on a bed receiving a drip from a medical professional.

Before the scandal was resolved, the crossdresser stated in one of his Instagram chats that Mompha borrows his car whenever he visits Lagos.