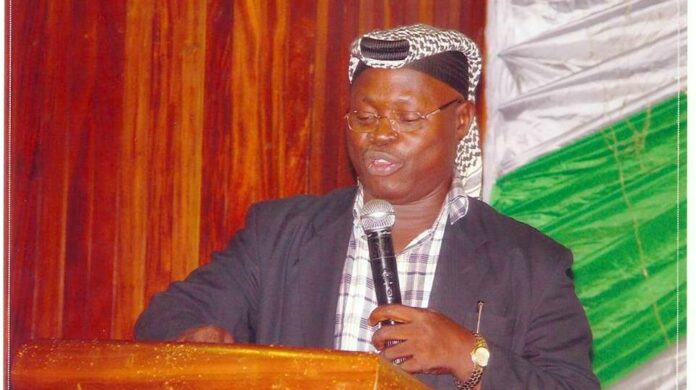 The Muslim Rights Concern has blamed former President Goodluck Jonathan for the current security challenges in the north.

MURIC stated that the insecurity in the northern part of the country was not the fault of the Major Gen. Muhammadu Buhari (retd.) regime, since the issues began before he came to power.

In a statement on Saturday, signed by its Director, Professor Ishaq Akintola, the Islamic rights group noted that former President Jonathan was not proactive in dealing with Boko Haram in its early days.

Akintola also alleged that there was a diversion of funds meant for security agencies which impacted the fight against terrorism but praised Buhari for not allowing such acts to continue.

The statement read in part, “The insecurity may be bad presently, but honestly it could have been worse. Have we forgotten so soon how Boko Haram bombed the United Nations building? That was on Friday, 26th August 2011. 21 people were killed in that attack alone. 60 were wounded.

“Jonathan was in power at that time but his attitude to the Boko Haram insurgency was lukewarm. Things were so bad that Nigerian soldiers used to turn their heels at the approach of the insurgents. That was due to the lack of adequate weapons occasioned by the diversion of arms funds.

“But today the picture has changed. Buhari ensured that the Nigerian army is properly equipped and he does not allow the diversion of money meant for arms.”

In the statement, however, Akintola directed that northerners should direct their frustrations towards those in power in the early days of the insurgency.

He added that northerners should not blame Buhari especially because his regime has been putting in the effort to bring an end to the country’s security challenge.

“The North should know who is responsible for the current insecurity. The North should blame those who failed to take prompt action in the heydays of Boko Haram and those who stole money meant for the purchase of arms, at least a political party, the Peoples Democratic Party (PDP) was in power when politicians grabbed $2.1 billion arms money and shared it among its leaders. The North should put history in proper perspective and direct its anger where it rightly belongs.

“How can the North start blaming the man who has refused to steal arms money and has been jealously guarding and monitoring its use.

‘I Have Everything I Wanted In This World At Young Age’...