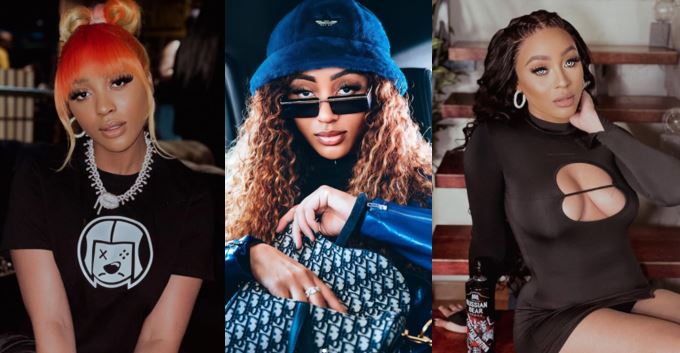 She’s born to a South African father and a Zimbabwean mother.

Nadia Nakai developed a strong passion for music at age 16 and her first studio song was recorded when she was 18.

Nadia Nakai won the mixtape101 competition on the Hip Hop TV show as the first female to ever won that.

Her single titled ‘Like Me‘ was released in 2015. Nadia Nakai released another single featuring Nigerian rapper Ice Prince in 2016. She once hosted the Red carpet special for MTV Base and Hip Hop show.

On May 18, 2019, Nadia Nakai‘s Imma Boss was released as the lead single
In 2020 for her detailed documentary album Nadia Naked.

Nadia Nakai’s close relationship with Cassper Nyovest led some to believe he is her boyfriend. But she described the rapper as “family” and nothing more.

Nadia was most recently linked to Major League’s Bandile Mbere. The couple confirmed they were dating in early 2018 but by early 2019 they had gone their separate ways. More Drugs, one of the songs on her debut album, was inspired by her heartache over the breakup.

Nadia poured her energy into the album after their split and has seemingly had little to no time for dating.

Nadia begun to look very cozy with rapper Vic Mensa, leading many to speculate they were dating.

She is presently rumored to be dating rapper AKA who lost his fiancee Nelli eight months ago.

“Spent a milli on my bus and my Audi,” Nadia raps on Naaa Mean. Like most entertainers, Nadia has spent her hard-earned cash on fancy cars. She bought herself a white Audi A3 as a Valentine’s Day gift to herself in 2017. Nadia also owns a mini-tour bus to make getting from gig to gig a whole lot easier.

Although she is relatively lowkey, even Nadia has had her fair share of drama. In 2021, she got dragged into the long-running beef between Cassper Nyovest and AKA. It was revealed that she was the reason the two started beefing.Apparently, AKA’s decision to leave her out of the remix of Baddest in 2015 had been perceived as malicious by both Nadia and Cassper. This led Cassper to take an active interest in Nadia’s career, and is part of the reason that he doesn’t like AKA to date.

She defended herself saying she was younger then, but many fans were unimpressed with her “apology”.

However, it seems like the extensive dragging had no effect, as Nadia did not respond any further. 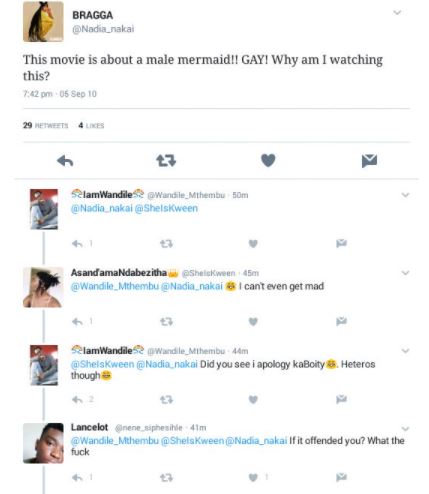 Nadia also trended for going off on South African men. In a Twitter rant, the rapper had a lot to say about men who manipulate women and treat them poorly. She detailed a story about her friend being abused in a club, saying that South African men are “so hectic”. Although she didn’t clarify whether she was referring to any personal experience, her comments struck a chord with social media users.

The South African fine femcee, Nadia Nakai whose income is not made known to the public is teased to have garnered an estimated net worth of $100,000 – $350,000.

More photos as the Ooni of Ife welcomes his new queen...