Peter Okoye condemns online beggars, tells them they are easy preys for scammers

Peter Okoye has slammed an online beggar who asked him for N500k.

The Twitter user said he needs the money before next year and tagged a number of wealthy men, including Peter Okoye.

Responding, Peter  said it’s tweets like the one shared by the online beggar that fraudsters are after because such people are easy to scam once you promise them giveaway.

See his tweets below. 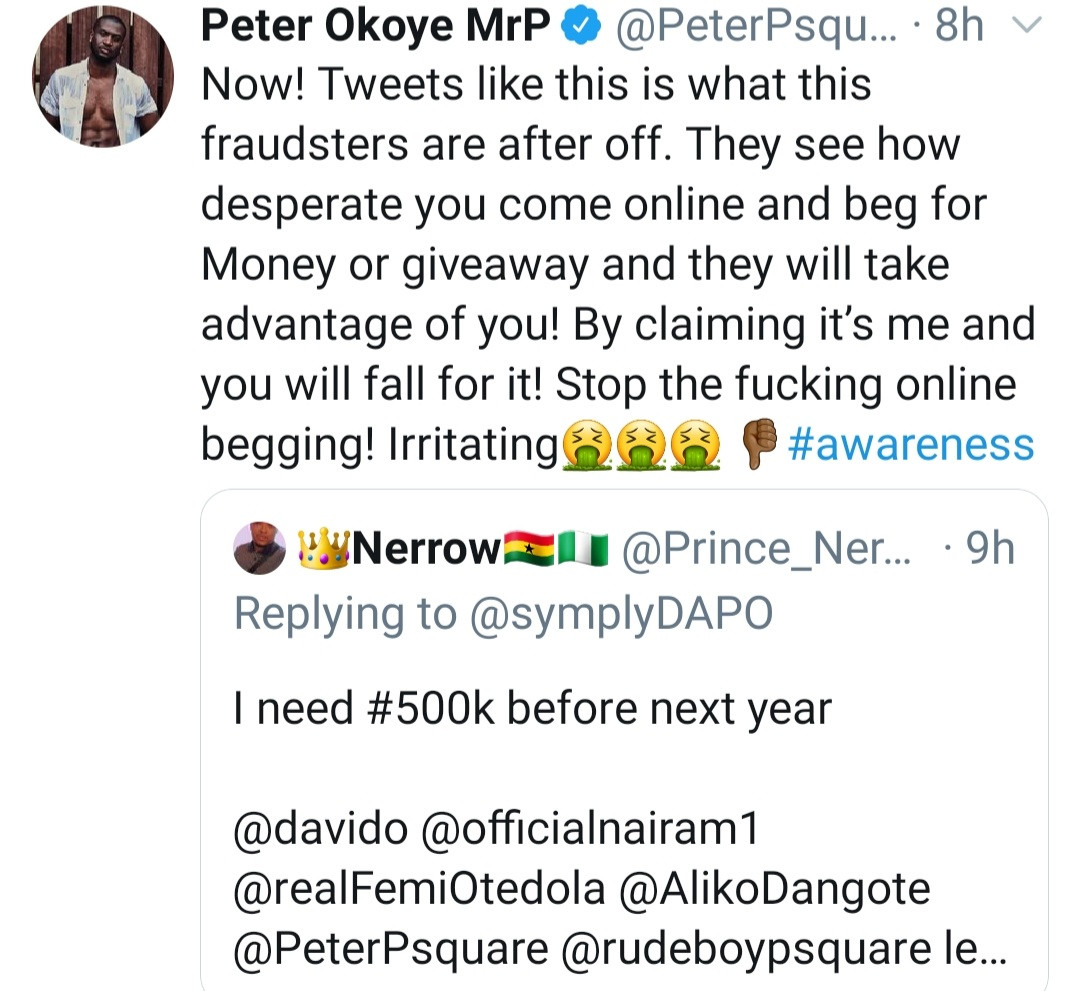 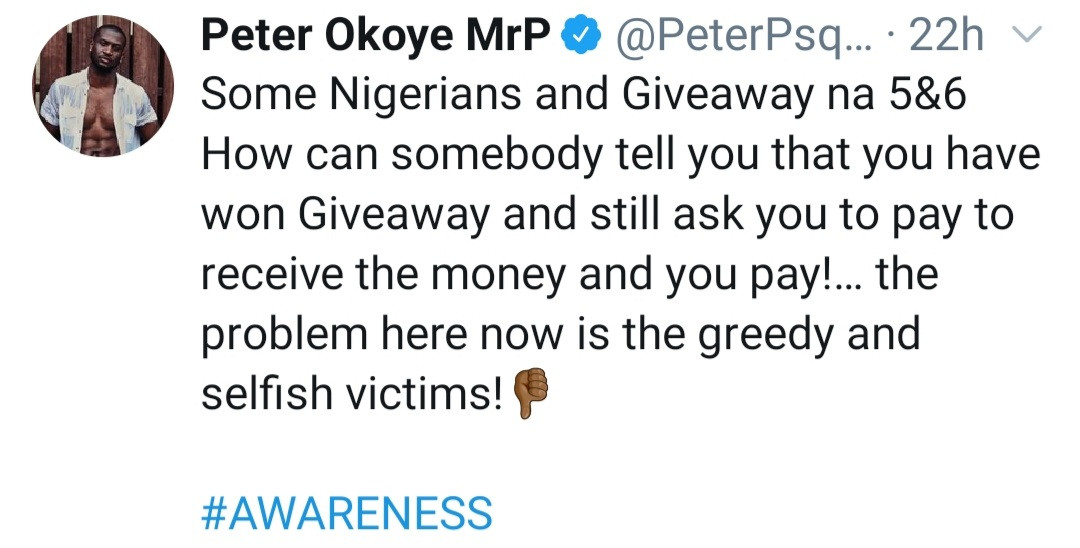 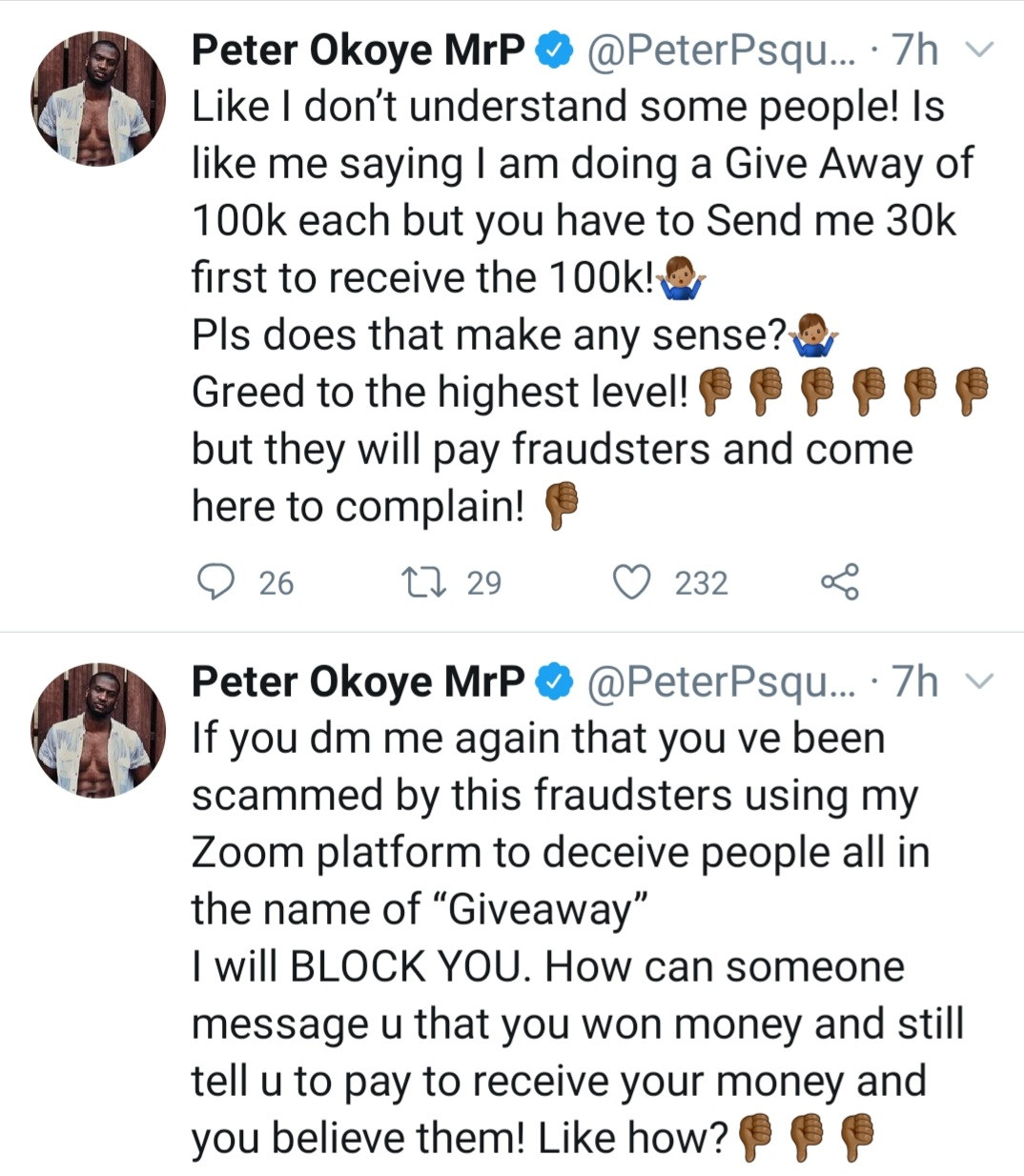