Sam Ajibola, better known as Spiff, is a Nigerian actor who acted in popular Nigerian TV series The Johnsons; he has also acted in quite a number of Nigerian movies like The Call, Merry Men, From Lagos To Abuja, among others.

Recently Spiff was in the news after he welcomed his first child with his wife Sandra Ajibiola.

The actor in a post via his Instagram account on Monday shared the good news and has since been receiving congratulatory messages from his colleagues in the entertainment industry and his fans and followers on social media.

Spiff and Sandra Ajibola got married in 2020 in wedding that was celebrated both online and offline.

For many who may not know, Ajibola Sam started his career in the movie industry as a child actor, and today, apart from acting, he is a model and event compere.

His full name is Samuel Ajibola, and he was in 1989 to Commander Lanre Ajibola and Mrs Irene Ajibola in the Mazamaza area of Lagos state. His parents are, however, natives of Ekiti state in the western part of the country.

Sam Ajibola is the first child of his parents and grew up alongside three siblings, but nothing much is known about them.

The Mazamaza born actor is a Nigerian by birth and celebrated his 32nd birthday in 2021.

Spiff had his primary and secondary school education in Lagos state before going on to bag a degree in political science from the University of Lagos Akoka. He also has a diploma in acting from Amaka Igwe’s Centre for Excellence in Film and Media Studies.

Sam Ajibola began his career at a very tender age of six after playing a role in the famous Opa Williams directed movie Tears for Love in 1995.

Following his impressive roles in the movie, he went on to bag roles in movies like Without Love, Shame, Eye-witness, Onome II, Conspiracy, Street kids and Day of Reckoning, among others, even as a child actor.

However, he took a break from the movie industry in 2003 to focus on his education. He would later return to Nollywood in 2009 in a Teco Benson produced and directed movie, “The Fake Prophet”, where he featured alongside Grace Amah.

Spiff gained attention after his featured in the MTV Base produced television series “Shuga”. He has also worked with the likes of Omotola Jalade Ekehinde in the movie Last Flight to Abuja, The Antique; alongside Kiki Omeili, Judith Audu and Gloria Young.

In 2016, he played the role of Spiff, a comic character in the Africa Magic produced television series The Johnsons and acted the roles for four years until 2020 when he called it quit.

As a producer, Samuel Ajibola made his debut in a web series “Dele Issues” on 10th March 2017, where he featured former Nigerian President Olusegun Obasanjo. 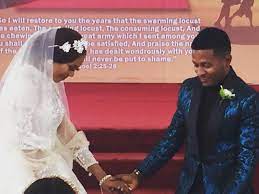 Spiff is married to Sandra Ajibola, and they both welcome their first child in December 2021.

Rapper Lil Yase shot dead in California at the age of...