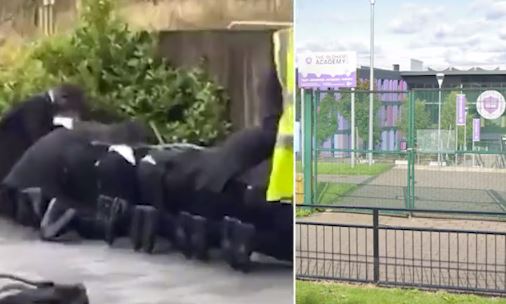 A school has issued a grovelling apology after footage showing Muslim students praying outside in the cold weather prompted outrage within the community.

The video showing male pupils at Oldham Academy North conducting their Jummah (Friday) prayers outside provoked a furious reaction on social media after it was claimed a female teacher had ‘kicked them out of the classroom’.

In the clip, around eight boys can be clearly seen kneeling with their heads bowed on the pavement, while a member of the school’s staff wearing a hi-visibility jacket appears to watch over them. 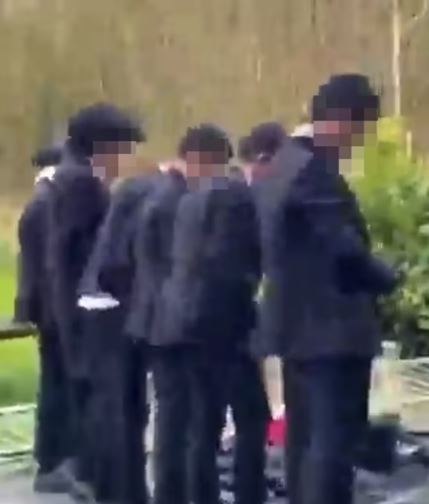 After completing their prayer, the boys, still wearing their blazers and school shoes, quickly stand up and start picking up their school bags.

The footage has been met with widespread anger, with furious viewers describing the scenes as ‘distressing’ and ‘disgusting’.

Oldham Academy North has since explained that the students were unable to pray inside because of severe flooding that caused serious damage and closed 15 classrooms.

In a statement issued after the clip went viral, the school issued a ‘wholehearted apology’ and confirmed an investigation has been launched.

One former student speaking to The Oldham Times said the boys were praying during their lunch break last Friday in a classroom when a member of staff ‘told them to leave’.

The pupils were then left with no other option but to conduct their prayers in the cold because the school had not offered a viable prayer room.

Another report shared by Asian Image appears to corroborate this account, where a pupil claiming to be involved in the incident said an ‘angry’ teacher told the group they were not allowed to pray in the room they were in. 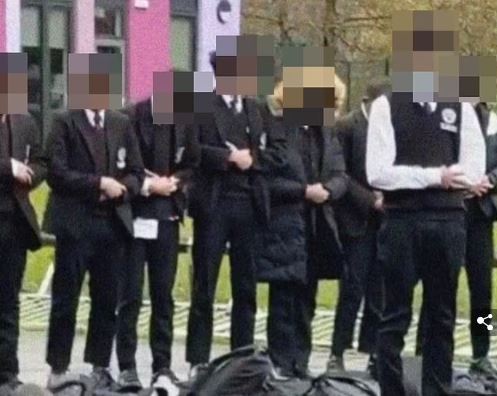 The student explained: ‘We were praying Jummah and a teacher came in and told us we aren’t allowed to pray in that room and she slammed the door and seemed angry.

‘We have had a prayer room for a long time, teachers would allow us to go there for our prayers.

Onyekuru; Galatasaray Will Bounce Back From UCL Defeat To Porto