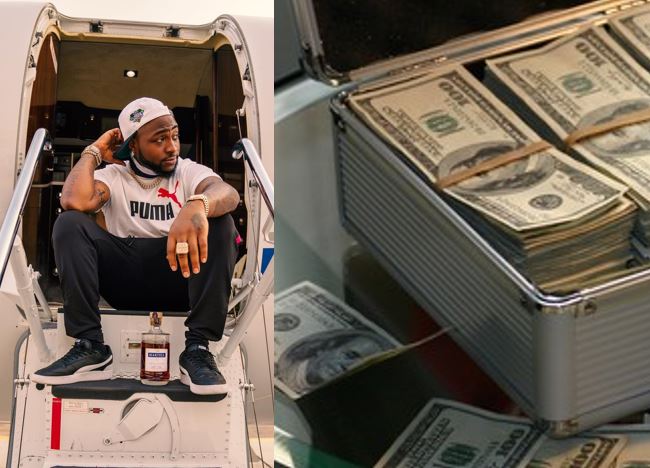 See The Shocking Amount Davido Made In 2021

2021 has been a good year for popular Nigerian musician, Davido, who has taken to social media to brag about the amount of money he made in the year 2021.

According to Davido, he made 22.3 Million Dollars Which is over 9 Billion in Naira. 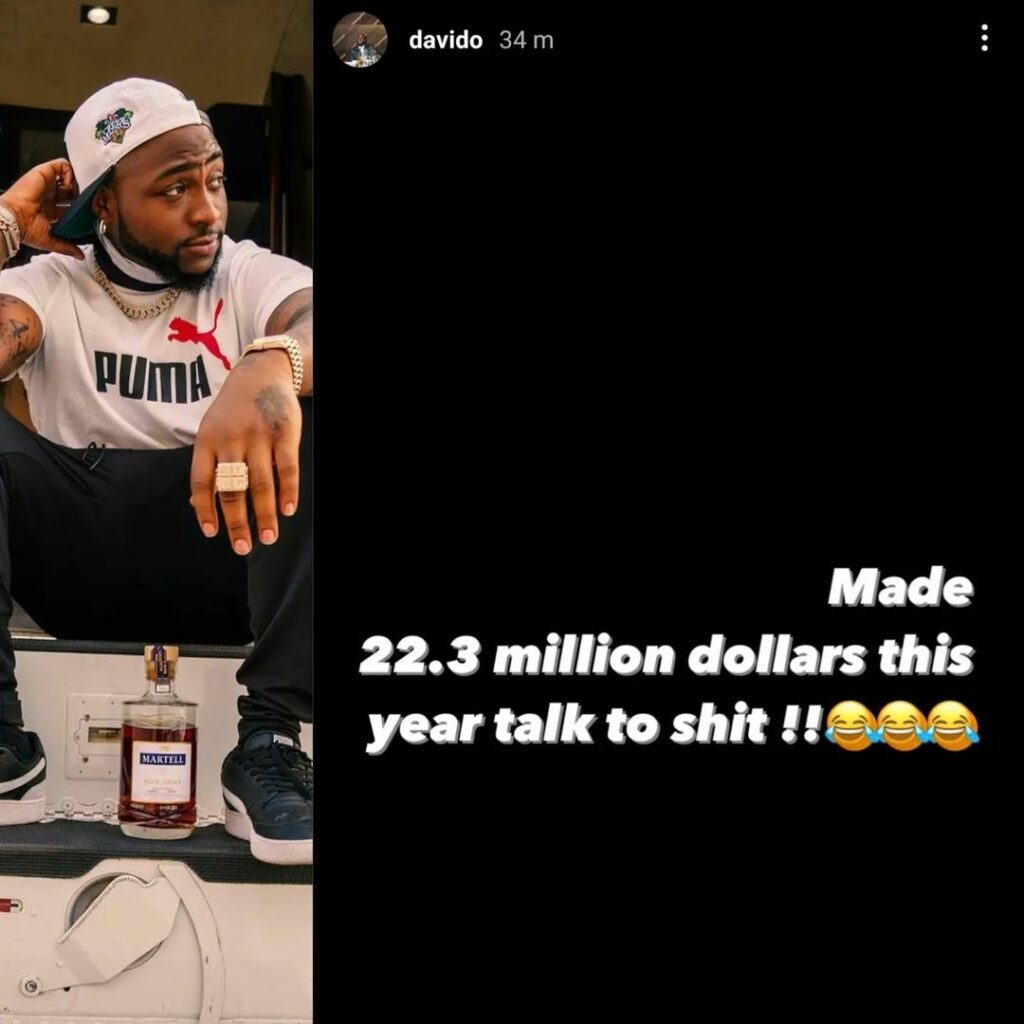 Social media users thought he was lying but it became obvious that he was telling the truth when his manager confirmed it on his IG story. 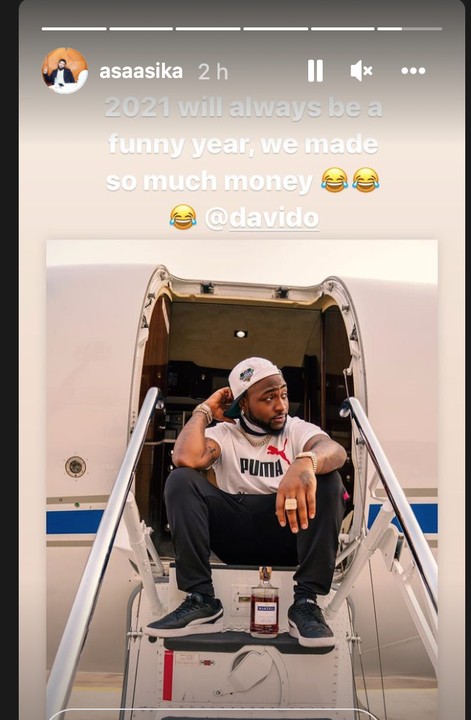 This news comes days after PUMA signed Davido as their brand ambassador and weeks after Wema Bank gifted him a car for signing an endorsement deal with them.