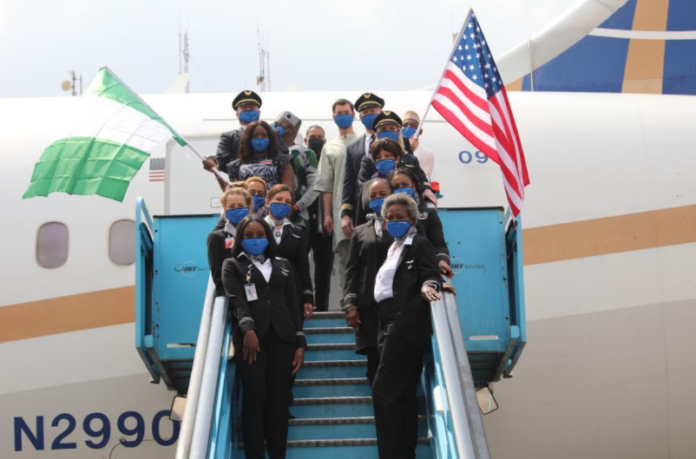 The new service marks the airline’s return to Nigeria since it left in 2016 over foreign exchange crisis.

In a statement, the airline announced that its inaugural flight from Washington arrived in Lagos yesterday.

It stated that with three weekly flights, United is the “first and only airline serving Washington, D.C. nonstop from Lagos.”

Buhari Allegedly Collapsed While In The US To Meet Pres. Trump,...