Scientists from the University of California-Riverside (UCR) say they may have discovered the cause of Alzheimer’s disease.

The scientists recently published results from a study that looked at a protein called tau.

The result pointed at the slowing of autophagy — which is the process of cells cleaning themselves — as the likely cause of the disease.

Apart from signs of dementia, doctors diagnose Alzheimer’s if they find a combination of amyloid plaques and neurofibrillary tangles in the brain.

The plaques are a buildup of amyloid peptides, and the tangles are mostly made of tau.

In their study, the scientists investigated the understudied aspects of tau, focusing on the different forms that a single molecule can take, called isomers.

By analysing donated brain samples, the researchers found that those with plaques and tangles, but had no dementia, had a normal form of tau.

However, those who had a “different-handed” form of tau and developed plaques or tangles did have dementia.

Ryan Julian, UCR chemistry professor, explained that amino acids that make up proteins like tau can either be right-handed or left-handed isomers, and normally, proteins in living things are made from all left-handed amino acids.

The body has a process of clearing these spent or defective proteins from cells, known as autophagy. But according to UCR, autophagy slows down in people over the age of 65, although it is not clear exactly why.

This slowing down of autophagy is what the scientists suspect to be the cause of Alzheimer’s.

“If a slowdown in autophagy is the underlying cause, things that increase it should have the beneficial, opposite effect,” Julian said. 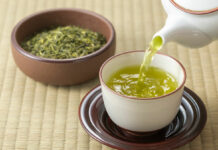 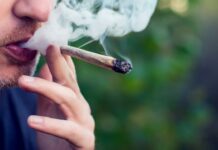 Six side effects of too much sex on women

This Is Why You Should Drink More Water Daily