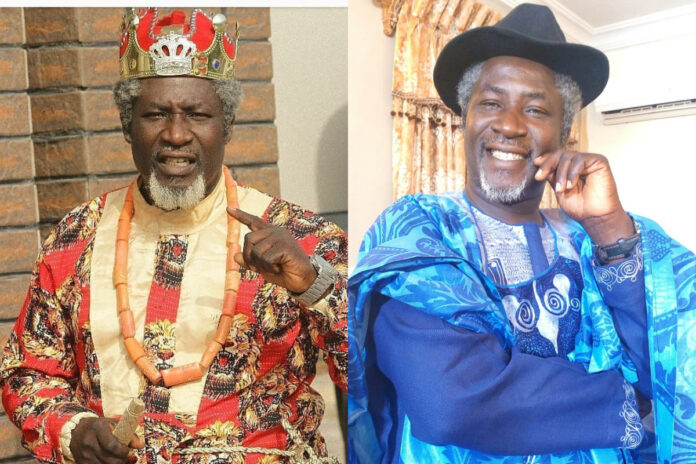 The Nigerian film industry (Nollywood) has been hit with the death of one of its prominent actors Sam Obiago and it’s very sad leaving a lot of people heartbroken.

Actress Destiny Etiko shared a photo of actor Sam Obiago crying and shouting in disbelieve with some broken heart emoji to show the prominent actor is no more and that has broken the hearts of most fans and followers.

The cause of his death isn’t known yet but the news has come as a shock to almost everyone since we had no idea of whether he was sick or got involved in an accident or his death came as a natural cause.

Sam Obiago has featured in a lot of Nigerian movies especially those that have to do with royalty and culture and most people love his acting and how he kills his role and it’s quite unfortunate that we have to lose him to the cold hands of death.