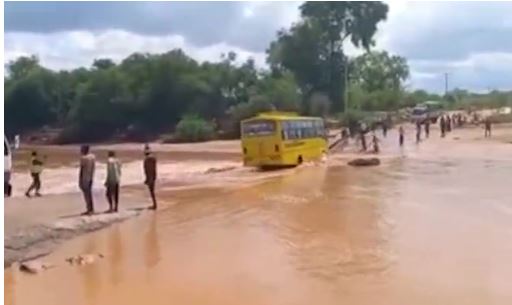 Horrifying footage shows the moment a bus carrying members of a choir was swept away in a raging flood in Kenya which left more than 20 people dead.

The yellow school bus had been hired to take a church choir to a wedding ceremony on Saturday, when it came across a flooded road with rapidly-flowing water.

But with people waiting on the other side of the river to guide the bus across, the vehicle decided to take its chances, and began to drive slowly across the murky water.

However, the incident quickly took a turn when, about three-quarters of the way across the road, the whole bus tipped onto its side, and rapidly began to sink.

In a matter of seconds, most of the bus was submerged. Both passengers and bystanders could be heard shrieking for help, and people rushed to try and get people out.

Ten passengers were rescued from the bus but more than 20 lost their lives. 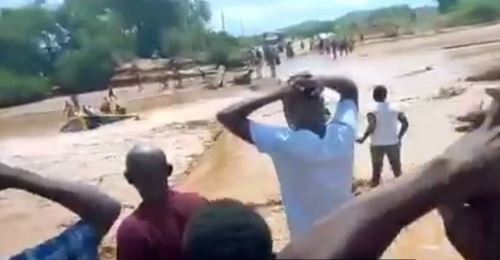 The incident took place along the Enziu River, around 125 miles east of the Kenyan capital of Nairobi.

Charity Ngilu, governor of Kitui County, where the incident happened, said: ‘We have had this terrible, terrible accident that happened here on Saturday morning.