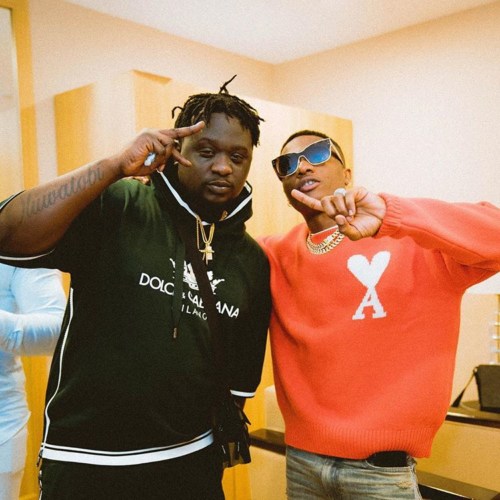 Wande Coal, Afrobeats star, was among the artistes who performed alongside Wizkid at the Grammy winner’s headline show in Lagos.

Wizkid headlined the StarBoy Live concert which was organised by Flytime Music in Lagos yesterday evening.

Wande Coal joined Wizkid on the stage as the duo performed the former’s songs together to the irrepressible joy of the concertgoers who screamed back the lyrics with inebriated excitement.

Wizkid had earlier described Wande Coal as one of his earliest mentors at the nascent period of his music career.

While on that stage, the ‘Ojuelegba’ crooner also revealed another personal truth about the duo’s relationship.

“I remember when I made my first singles — Holla at Your Boy, Tease Me, Don’t Dull — Wande Coal was always there for me. He let me sleep in his room when I had nowhere to go. I just want to say a big thank you to that guy,” the Grammy award winner said.

Watch their performance below: