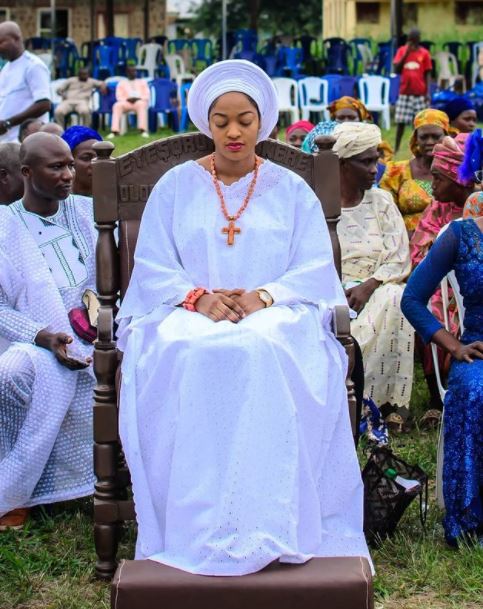 The palace of Ooni of Ife, Oba Adeyeye Ogunwusi, says it is probing possible hacking of Olori Naomi’s Instragam page.

It denied knowledge of the report that the marriage between the monarch and his wife has ended.

Olori Naomi had announced through her social media handles on Thursday that her marriage to Ogunwusi has ended.

But in his first official reaction to the claim, the Director of Media and Strategy, Ooni’s palace, Moses Olafare, said as of Wednesday evening, Ogunwusi and Naomi went to bed as husband and wife.

According to him, separation in marriage cannot be done by one of the parties, stressing that probe will be launched into whether or not Instagram page of Naomi was hacked.

Olafare, during an interview with our correspondent, said, “Separation is a two-way affair, it is not something that is announced by one party. The announcement of separation is subject to agreement by both parties.

“The palace is not aware of such separation because we all went to bed last night (Wednesday) the two being the king and queen.

“So, if by this morning, the queen went to social media to write that she is no longer in marriage with Ooni, we will look into it to see whether or not the Instagram page truly belongs to her, and to know the reason behind it.

“We will dig deeper and know what happened, but like I said, all of us just woke up to read about the separation on social media.

Even by this time yesterday, (Wednesday) kabiyesi was still packaging special gift for her.

“If you want to separate with someone, you cannot be packaging gift for her. I was aware that Kabiyesi was putting special Christmas gift together for her. If he is not in love with her, he cannot be doing that. In fact, the Christmas gift has been delivered to her already.”

“Nigerian Politicians Hire Me To Kill Their Enemies” – Hired Killer