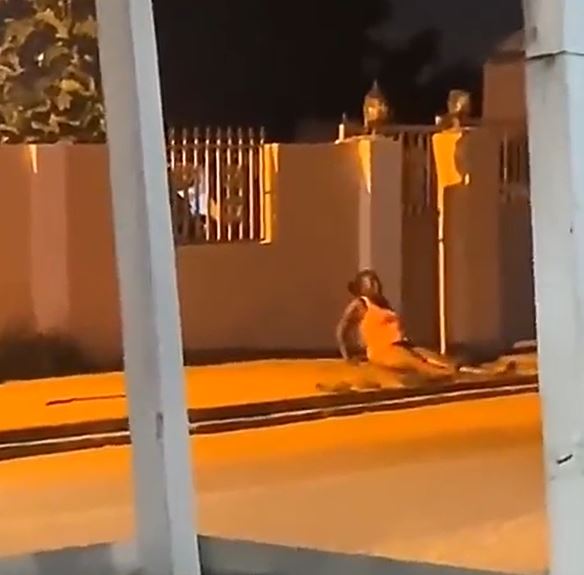 A viral video shared online has captured moment an unidentified woman dragging her butt on the floor as she cursed her boyfriend who reportedly dumped her.

It was stated in some Ghanaian local news outlets that in some cultures in the West African country, women who go naked and drag their butts on the ground, instantly get justice from “the gods” who unleash severe punishment on whoever is being cursed. They stated that the ‘curse she pronounces becomes irreversible and has dire repercussions on the life of those it may concern.’ The lady was heard saying;

‘You thought I am a fool, you will never see peace. You can never take me for a fool.”

She was also seen putting on her shorts after carrying out the act. Watch the video below

Igbo presidency can’t evolve until the North forgives the Igbos for...