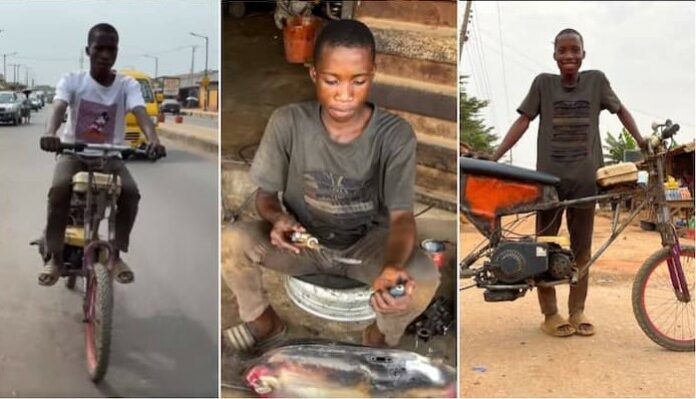 A 16-year-old boy Adewale Quoyim, has turned into reality what many may think can only be achieved in ones imagination.

The teenager converted his bicycle into a motorcycle all by himself and it uses generator engine.

Speaking in an interview with BBC News Pidgin, Adewale said people told him he cannot use a generator engine as a motorbike engine.

Though he initially felt disappointed on hearing said information, his father nevertheless encouraged him to push further with his planned innovation.

Now that the Senior Secondary School 3 (SS3) student is riding his creation, he said the same people are surprised that he made it work.