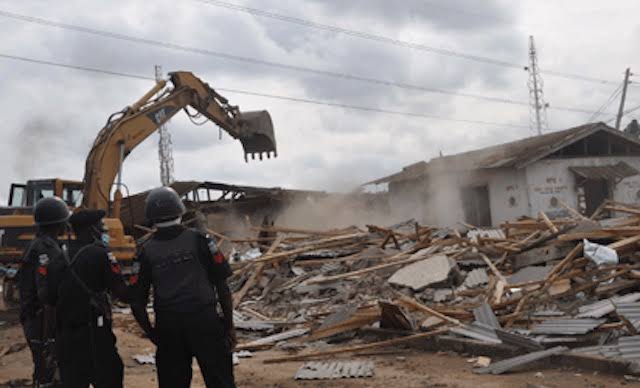 Officials of the Lagos State Government, South West Nigeria have commenced a demolition exercise at the Akilo Auto Spare Parts Market in the Ogba area of the state.

Gatekeepers News reports that an eyewitness said, “The shops were being demolished with goods worth millions for illegal structures under the power line as at 10.30 am this morning Thursday 6 January.

“I was assaulted for filming this at the end, doing my job!”

During the demolition exercise, the traders were reportedly barred from entering the market to remove their goods from the shops. Man Drowns In Pool During His Birthday Party Celebration (Photos)