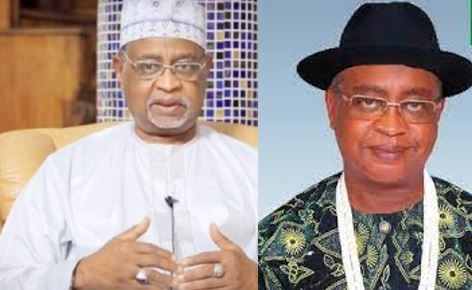 Bashir Tofa Biography – Age, Career, Cause of Death And Net Worth

Bashir Othman Tofa  was a Nigerian politician. A Kanuri Muslim who hailed from Kano State, Tofa was the National Republican Convention (NRC) candidate in the annulled Nigeria’s 12 June 1993 presidential election, which was organised by the military government of General Ibrahim Babangida.

In 1993, he was the presidential candidate of National Republican Convention, NRC, one of the two parties created by Ibrahim Babaginda administration. His running mate in the election , which was held on June 12, 1993, was Sylvester Ugoh, who was the Central Bank Governor of Biafra in the defunct breakway Republic of Biafra. Before his emergence as NRC candidate, he was a member of the Constituent Assembly, a councilor, and National Financial Secretary of defunct National Party of Nigeria.

In the June 12 election, the results announced by the Prof Humphrey Nwosu-led National Electoral Commission, NEC, before the  process was stopped by the military, indicated that Tofa had received 2.3 million votes while Abiola got 4.3 million. He won 11 states while Abiola won 19 states in the election.

Tofa was defeated in his home state , Kano, by Abiola in the election. In his role as an elder statesman, he was known to have variously spoken against social ills in the society and maladministration. Before June 12, he had a personal relationship with Abiola when the latter was Ogun State Chairman of NPN while he was the party’s National Financial Secretary in the Second Republic. He had called for the reconsideration of the declaration of June 12 as democracy day, saying such an action shouldn’t be informed by “some political cold calculations.”  When President Muhammadu Buhari honored Abiola with Nigeria’s highest honour, GCFR, Tofa said he wouldn’t have accepted it if he was given the award

He died on 3rd of January, 2022 after suffering from a protracted illness.