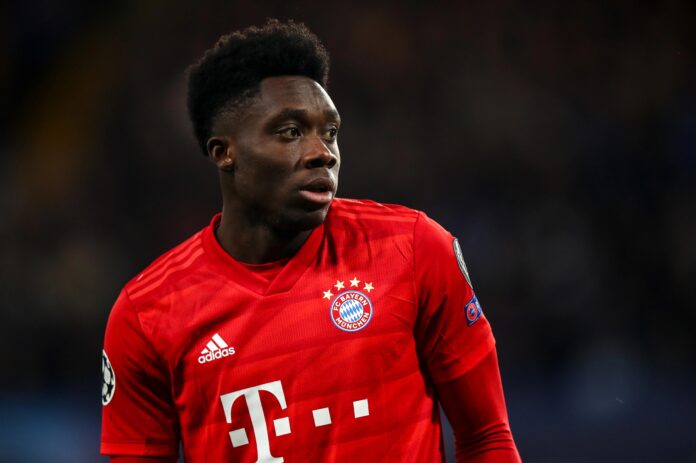 Bayern Munich defender, Alphonso Davies has been forced to stop training after a heart scare.

The 21-year-old has not played for the German giants since December 17 after he tested positive for Covid-19.

Bayern’s manager Julian Nagelsmann has now confirmed that the Canadian international has mild myocarditis, an inflammation of the heart.

It was discovered as Davies completed routine medical checks at the club’s HQ after recovering from the virus.

The footballer is now expected to miss ‘weeks’ of training as his condition is monitored.

Nagelsmann said on Thursday January 13, “during our follow-up examination that we do with every player that has had Covid-19, we detected signs of mild myocarditis, an inflammation of the heart muscle.

“He has stopped training for now, so he won’t be available to us for the next weeks.

“This myocarditis isn’t too dramatic based on the ultrasound, but more simply signs of an inflammation.

“Nevertheless, it needs to heal and that will no doubt take some time.”

Liverpool Need To Be At 110% To Beat Man City