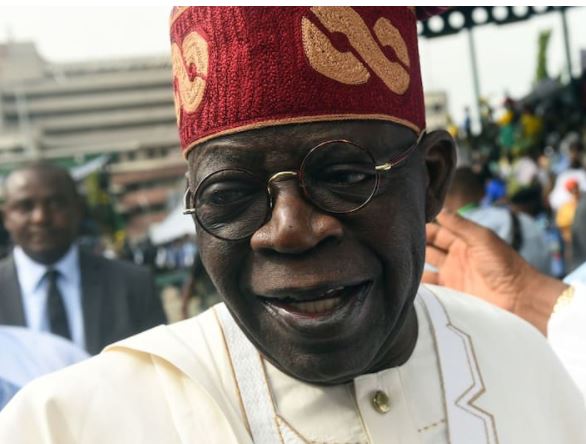 Bola Tinubu is a Nigerian politician who once served as the 12th Governor of Lagos State (1999 – 2007). He was once a member of the house of Senate representing the Lagos West Senatorial district (1993). Tinubu is an advocate of Democracy, True Federalism, and Nationalism

His mother –  Chief Abibatu Mogaji, was the Iyaloja of Lagos State. Tinubu is the Asiwaju of Lagos and the Jagaban of Borgu Kingdom, Niger State, Nigeria.

Tinubu had his primary and secondary education at St. John’s Primary School, Aroloya, Lagos and Children’s Home School in Ibadan, Nigeria respectively. He is married to Oluremi Tinubu, the current Senator of the Lagos Central Constituency, and they are blessed with children.

Tinubu’s Trip To The United States Of America

Tinubu and his friends were walking down to church when a sudden shoot out occurred. Although Tinubu enjoyed a narrow escape, the guy beside him was shot. As a result, his family decided it was time for him to leave the country to school abroad. To raise money for his trip, he sold the Volkswagen his uncle gave him, while his mother sold all her trinkets.

Tinubu arrived the United States in 1975. While in the US, he attended Richard J. Daley College, Illinois, Chicago first and later moved to the Chicago State University, graduating in 1979 with a bachelors of science degree in accounting.

While schooling, Tinubu worked as a cab driver, a security man, a door guard, a dishwasher, and room service personnel. Because he had several sources of income, he no longer depended on his family in Nigeria for pocket money.

Tinubu was a very brilliant student, he maintained his position as the best student from the beginning of the academic year until the end. His excellent performance earned him a scholarship and also qualified him to tutor in the accounting department.

Tinubu had the option of picking just one company. He would have picked the highest paying job but his professor advised that he choose a company where he would learn and be relevant to his country. This made him choose Deloitte and Touche because their clients are in the oil and gas sector since Nigeria is an oil-producing country.

After a successful career at Deloitte and Touche, he went on to work with General Telephone and Electronics (GTE). While at GTE, he experienced first-hand racism and discrimination, so he resigned and went on to work at Mobil, United Kingdom.

In 1983, Tinubu relocated back to Nigeria and resumed work with Mobil Nigeria where he started off as an auditor. In no time, he rose to the position of treasurer. Tinubu spearheaded the construction of the Mobile Nigeria House.

Bola Tinubu ventured into politics in 1992, under the Social Democratic Party of Nigeria (SDP). He belonged to a faction of the party called the Peoples Front. The faction was led by Shehu Musa Yar’Adua. Other members of the People’s Front were Dapo Sarumi, Abdullahi Aliyu Sumaila, Rabiu Kwankwaso and Yomi Edu.

In 1993, Tinubu was elected to the Nigerian Senate, to represent the Lagos West constituency. As a senator, Bola Tinubu was the chairman of Appropriation, Finance, and Banking committee.

After the annulment of the June 12, 1993, elections, Tinubu, alongside other pro-democratic politicians founded the National Democratic Coalition (NADECO). NADECO was established to restore democracy and to ensure that the June 12 election result was reinstated.

The activities of NADECO were not pleasing to the military dictator at the time (Sani Abacha). For fear of his life, Tinubu had to go on a compulsory exile, first to Benin republic, then to the UK, in 1994.

Eventually, Sani Abacha died in 1998. Abacha’s death, however, ushered in the transition to civilian rule. Thereafter, General Abdulsalami Abubakar was announced as the new Head of State. It was General Abubakar who asked Bola Tinubu and other politicians on exile to return to the country.

Bola Tinubu As The Governor Of Lagos State

As governor, Tinubu promised he would provide 10,000 housing units for the poor. Also, he made large investments towards education, initiated road constructions to meet the needs of the fast-growing population of Lagos State.

Bola Tinubu’s tenure as the Governor of Lagos State came to an end on the 29th of May 2007. He was succeeded by his chief of staff, Babatunde Fashola.

Bola Tinubu founded The Nation Newspaper on the 31st of July 2006 in Lagos State. The paper is published daily in Lagos, Nigeria.

The Nation paper was the first paper to be circulated across the 36 states of Nigeria within its first two years of operation. 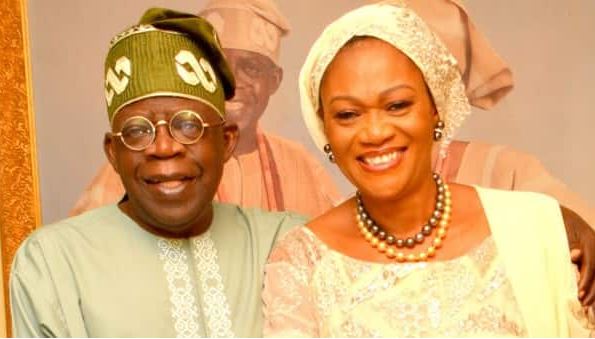 The former governor of Lagos State is married t to the current Senator of the Lagos Central Senatorial District, Oluremi Tinubu. The duo has been blessed with four lovely and successful children, namely:

She is a highly educated woman and a holder of several bachelor’s degrees. She is the wife of Hon. Oyetunde Oladimeji Ojo, a member of the House of Representative. In October 2013, Oba of Lagos crowned her as the new Iyaloja General.

His second-born son has obtained his education from high-end institutions in Nigeria and abroad. He was called to bar in November 2013. He holds the following positions: Executive Chairman at Loatsad Promo media and Executive Director at Loatsad Global Services LTD

Unlike the other children who are in the limelight, very little is known about Abibat. She obtained her education in Boston, Massachusetts, and graduated from Berklee College of Music on 11th May 2013.

Not so much is known about the late Bola Tinubu son. On 31st October 2017, he suffered a heart attack while in London. Later, he was confirmed dead.

After months of speculation, the national leader of the All Progressives Congress (APC), Bola Tinubu, has formally declared his intention to run for the country’s president in 2023.

He disclosed this to journalists after a closed-door meeting with President Muhammadu Buhari in Abuja on Monday.

In his interview with State House reporters, Mr Tinubu said it has been his age-long ambition to lead the country one day.

“You will soon hear. All you want to hear is the categorical declaration. You’ve gotten that truth from me that I have informed Mr President of my ambition, and you don’t expect more answers than that,” he said.

His position was also confirmed to PREMIUM TIMES by his spokesperson, Tunde Rahman, who implored this reporter to wait for a full transcription of his boss’ interview with state correspondents.

TVC News, a television station believed to be owned by Mr Tinubu, also confirmed in its report that Mr Tinubu made the statement to reporters.

According to wealthresult.com, Bola Tinubu is worth $32.7 billion.

Thug Burnt To Death While Trying To Hijack Election Materials In...