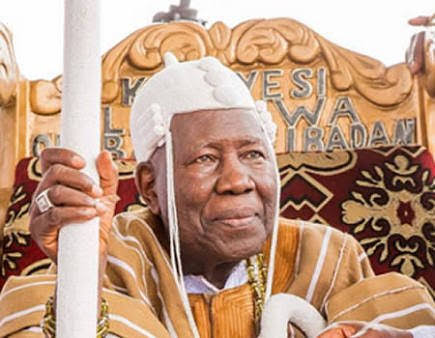 The Olubadan of Ibadan land, Oba Saliu Adetunji, has passed away.

It was gathered that the monarch died at the University College Hospital in Ibadan, Oyo State.

His death was confirmed by palace sources who pleaded anonymity.

However, when contacted, the monarch’s aides neither confirmed his death nor denied it.

“Even if he is dead, it is the governor that will announce it,” one of his media aides said when contacted on the telephone.