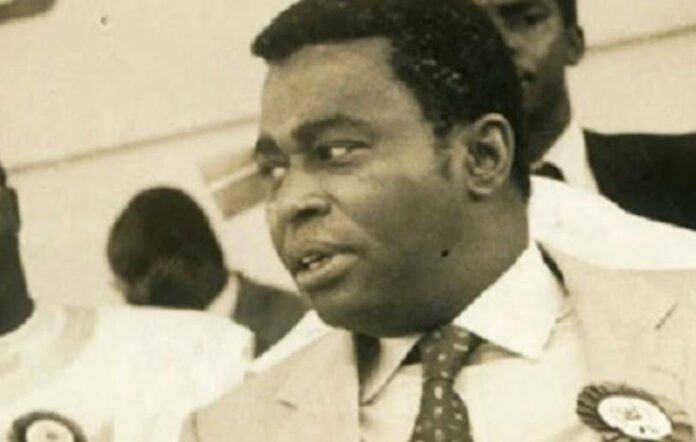 Chu Okongwu, an economist and a former minister of finance has died

Chu Okongwu was born in 1934, the first of eight children of a respected family in Nnewi, Anambra State. He was 87 years old.

He had his formative education at St Michael school, Aba between 1941 and 1946, and later moved to Government College, Umuahia between 1947 and 1951.

He was inspired by intellectuals such as public economist and scholar, Sam Aluko; renowned practical economist, Pius Okigbo; and former Justice of the Supreme Court, Paul Nwokedi, to pursue a career in economics.

Okongwu studied economic theory at Boston University in 1961, and later became a Harvard alumnus in 1965.

He was a broadcaster who anchored the programme, Jaz Club.

Okongwu served as a sub-editor at the Daily Times of Nigeria. He worked with the late Peter Enahoro, Ebun Adeseye, Cornell Aircraft, and a host of other journalists. He described it as a “wonderful experiment”.

He was Minister of National Planning between 1985 and 1986, was later appointed by the Ibrahim Babaginda junta as Minister for Finance between 1986 and 1990.

He was also a consultant researcher who gave accurate information to writers and scholars on Nigeria’s history.

Speaking in an interview with Vanguard in 2013 at the age of 79, Okongwu described his health as being “as good as it can be at my age”.

His Nnewi home as well as an operational base of the Department of State Services was set ablaze by gunmen in October 2021.

Dr SP Chu Okongwu, a former Minister of Finance under the regime of the military dictator, General Ibrahim Babangida, died in Enugu on Wednesday at the age of 87.