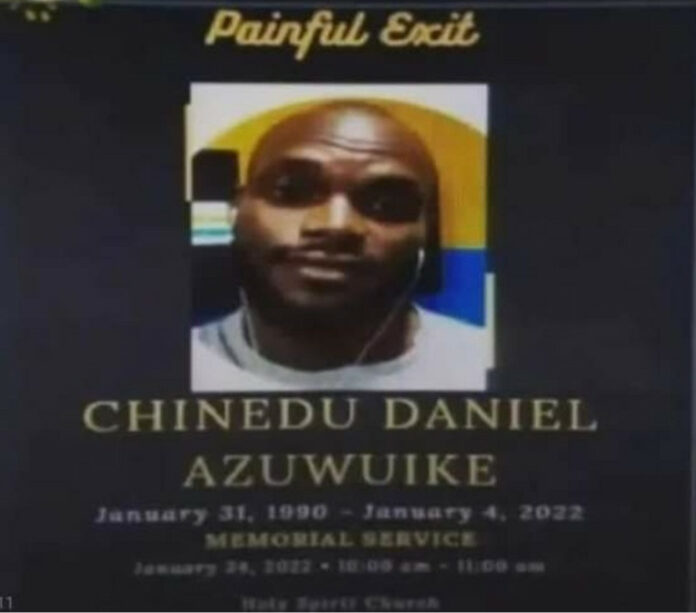 A customer has called out a loan app after they put out an obituary declaring him dead.

The customer named Chinedu Azuwuike said the repayment of the loan was overdue for only 5 days and he came online to see an obituary with his name and face on it.

The obituary announced that he “died” on January 4, 2022, and will be buried towards the end of the month.

Chinedu has vowed never to pay them back for the sick stunt they pulled.

“If I pay them, let this obituary be real,” the debtor swore as he called out the loan app. 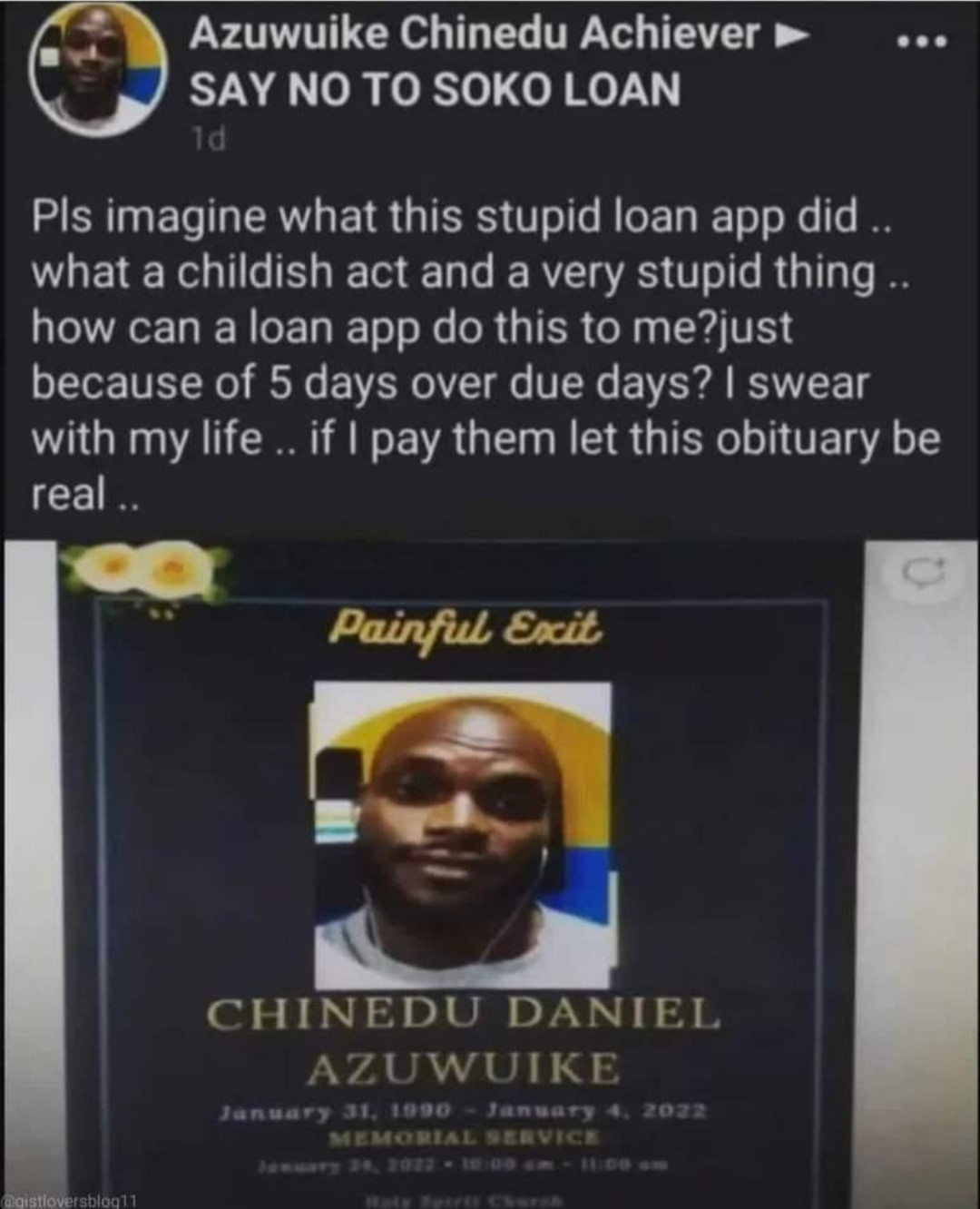 Man Stabs Girlfriend To Death, Hides Her Body Under The Bed....