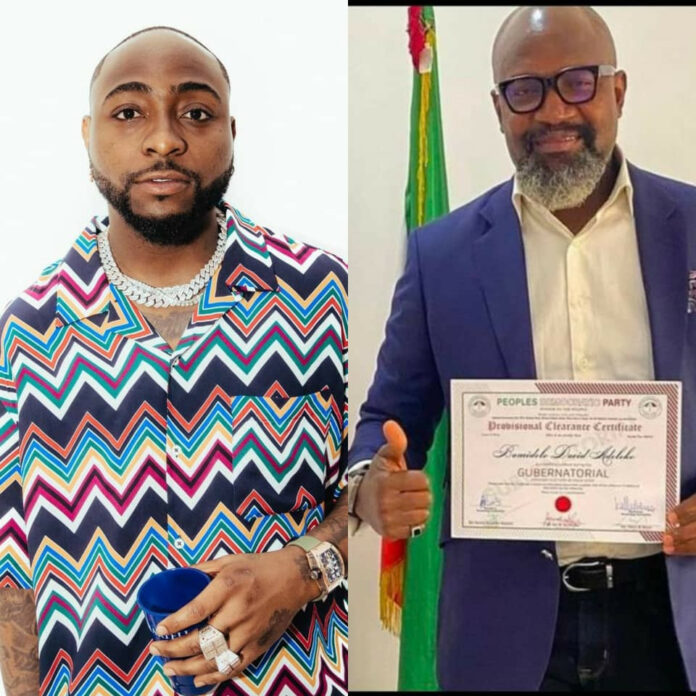 Singer Davido has once again called out his cousin, Dele Adeleke, who has signified interest to run for governor of Osun state, their home state.

Few days ago, Davido called Dele out for contesting against his Uncle, Ademola Adeleke, who has the backing of majority of their family members.

In a new post shared on Twitter this afternoon, Davido attacked Dele for the article released by his staff. Davido mentioned that in the article, the death of his mum, Vero Adeleke, was added and he found it distasteful. He has promised to release a song against Dele tomorrow, January 20.

”Because of your ambition you have your people write about me (which I don’t care ) but to include the death of my mother in an article … same woman that raised you …@deleadeleke001 ok na ..  Dele God will reward you

The truth hurt you that much you had to go that low to mention YOUR AUNTY VERO that cared for you .. well .. I don open my crase for the year