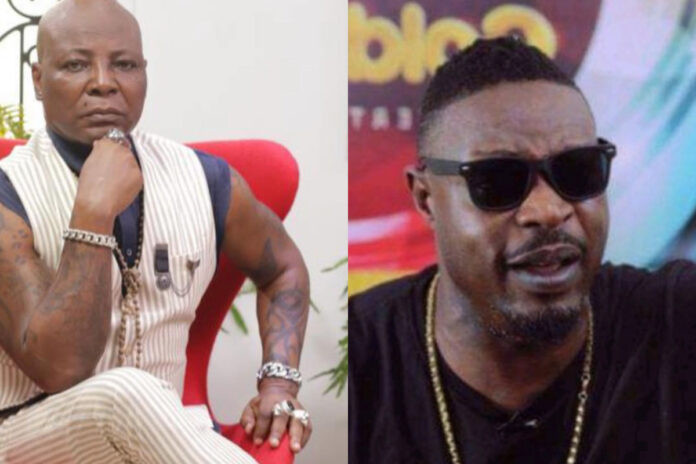 Veteran Nigerian singer, Eedris Abdulkareem has chastised his colleague Charly Boy for selling him out’ for N70 million during a 2004 brawl with American rapper 50 Cent.

According to Abdulkareem, he had a plane fight with 50 Cent, and the American rapper’s team swooped on him as other Nigerian artists stood by and did nothing to rescue him.

When Charly Boy, then-president of the Performing Musicians Association of Nigeria, was summoned to mediate, Eedris said that he (Charly Boy) took N70 million and closed the matter without doing anything.

Abdulkareem went on to call Charly Boy a “false activist” and a “poor leader.”

Eedris said:” “50 cent people said they spoke with the organizers and they said they don’t know who I am. Before I could say anything all of them started attacking me and the Nigerian artistes on the plane were just looking at me. About thirty of them were on me .I fought for my rights, I fought for the music industry. I am the reason why all these guys are making money. Charly Boy, you sold out. You are a bad leader”

According to Abdulkareem, the incident was observed by DJ Tee, a music video director.

In support of Abdulkareem’s claim, he said:“I think you should do a live video so people can hear the truth. I am a complete witness. KC Presh was 6 or 7 seats away from me on the plane that faithful day. The gist is plenty bro. Area father lied about everything. I am disappointed in him.”