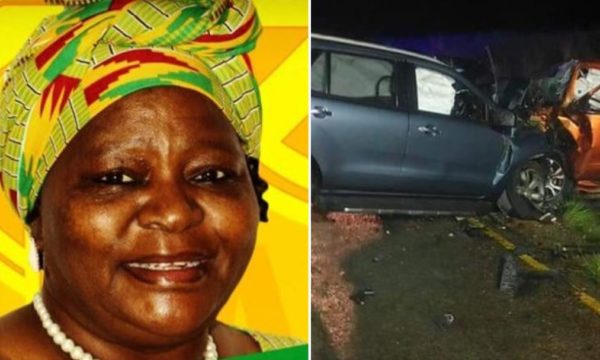 The sad incident occurred on the 1st of January which was New year’s day.

In a statement, the municipality said Malatjie was killed in a head-on collision on Sunday. Her husband, Essau Spetlela Malatjie, was also killed in the accident

Malatjie was re-elected as the mayor three months ago, after the municipal elections.

“Death has robbed the municipality, not just of a seasoned political leader but a caring mother to all the citizens of Emalahleni,” the statement read.

Malatjie held several leadership positions and served the people of Emalahleni as the executive mayor in three administrations. She also served on the leadership of Cosatu, the ANC and ANC Women’s League.

“Her commitment, dedication and hands-on approach has earned her respect in both the public and private sector,” the statement read.

“Indeed we will dearly miss a mother, a peacemaker and a selfless, ethical and visionary leader who embraced everyone irrespective of your status.”

Photos Of Chika Ike In Paris