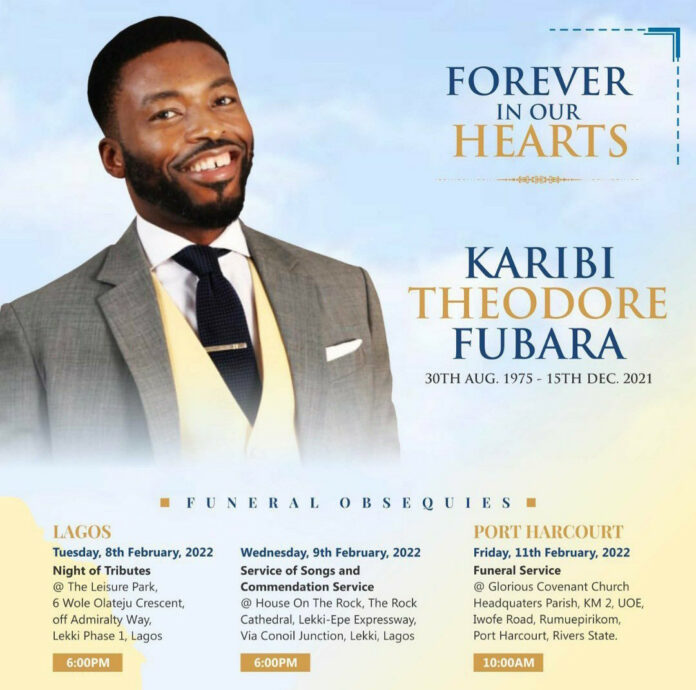 The family of actor, Karibi Fubara, have released his funeral arrangements.

In the obituary released, a night of Tribute would take place in Lekki, Lagos on February 8th while his service of songs would hold on February 9th at the House on the Rock Church in Lagos. His funeral service will hold in Port Harcourt, Rivers state on February 11th.

Late Fubara died on December 15, 2021, after a long battle with cancer. The “God calling” actor was diagnosed with cancer in 2020 and had been in Dubai receiving treatment. He is survived by his wife, Yolanda, a notable stylist and family members.