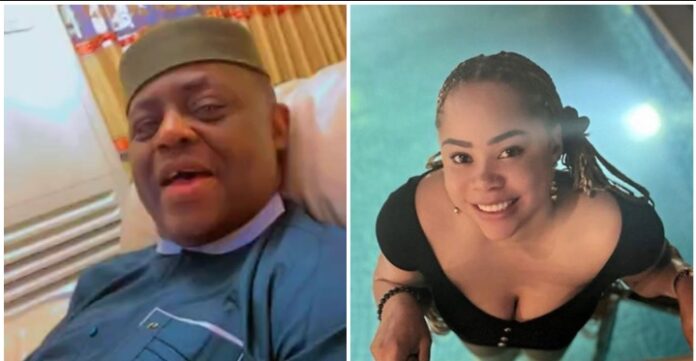 Femi Fani-Kayode has reacted to a statement by his ex-wife, Precious Chikwendu who said she is a “Mami water”.

Precious who was captured in a swimming pool said that Africans take such things seriously. She said she doesn’t take it seriously because she is actually good ‘Mami’ and not a bad one.

Reacting, FFK is spotted in a video rejoicing and praising God after crossing over into the year 2022 with his family.

FFK cast and bind any mami water around him and mocked the mami water for being powerless.

He also declared himself the Prince of Light who can’t be overcomed and subdued as he was seen singing songs which had lyrics like “Mamiwater, Power, Powerless power,” and “Jesus Power Super Power”, in a viral video which was shared on social media.

“Rejoicing in the Lord and the power of His might! “Them that know their God shall do exploits and they shall be strong!”- Daniel 11:32.