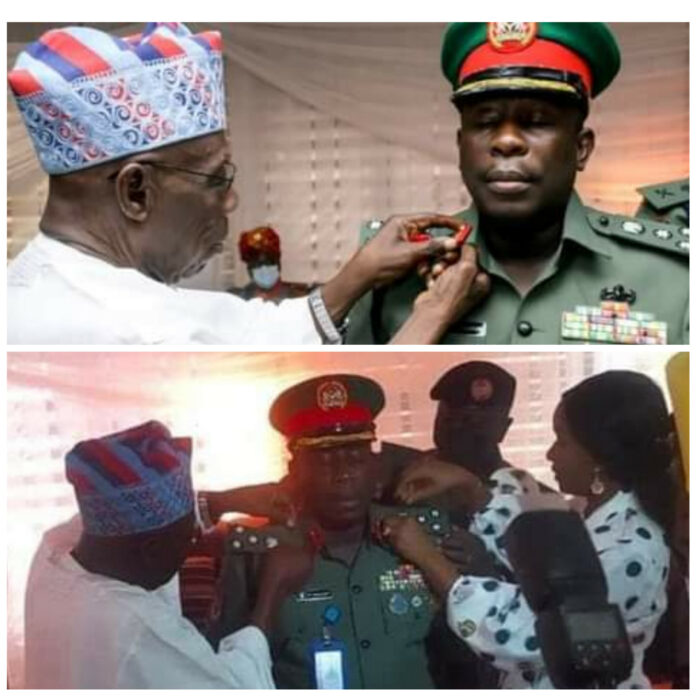 Former President, Olusegun Obasanjo, on Wednesday January 19, decorated his son, Adeboye Obasanjo, with badges of rank of a Brigadier General in the Nigerian Army.

The decoration ceremony held at the Headquarters of the Nigerian Army Engineers Corps, Bonny Camp, Lagos, followed Adeboye’s recent promotion from the rank of Colonel to Brigadier General. 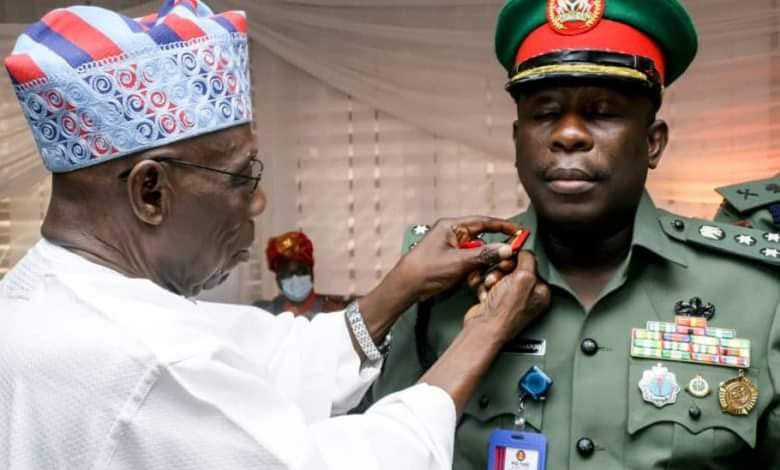 Obasanjo was accompanied by Towulade of Akinale Kingdom of Egbaland, Oba Olufemi Ogunleye, to the occasion.

The newly-promoted Brigadier General has two Master Degrees and other professional qualifications. 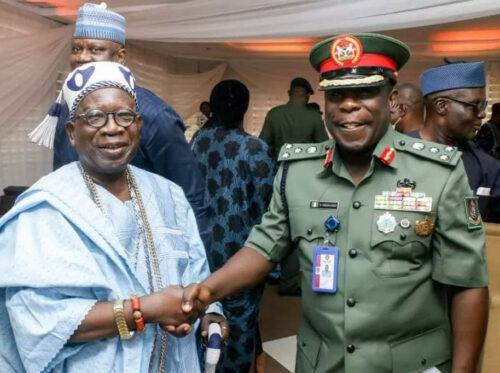