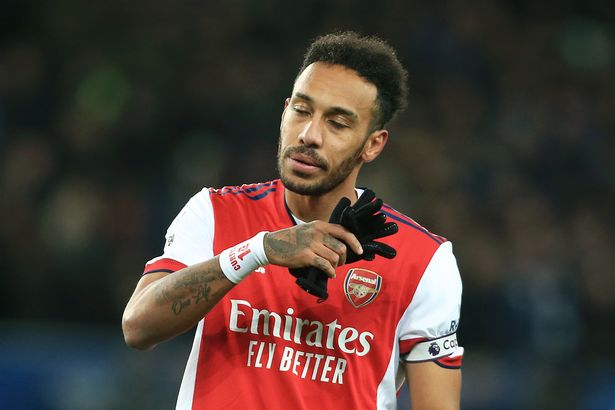 Pierre-Emerick Aubameyang has been sent back to Arsenal by Gabon for medical examinations after he was diagnosed with heart lesions, according to Sky Sports.

Aubameyang, who was banished from the Gunners first team by Manager, Mikel Arteta had left London earlier for the Africa Cup of Nations, AFCON in Cameroon.

The former Borussia Dortmund striker contracted COVID-19 recently but has since returned to training and felt healthy.

The Gunners said last week that they had been in touch with the player and are confident his condition is not serious.

However, the player did not play any part in Gabon’s match against Ghana due to a minor heart condition.

Sky Sports reports that the Confederation of African Football (CAF) “did not want to take any risks” after Aubameyang and teammates, Mario Lemina and Axel Meye were shown to have “cardiac lesions” following bouts of COVID-19.