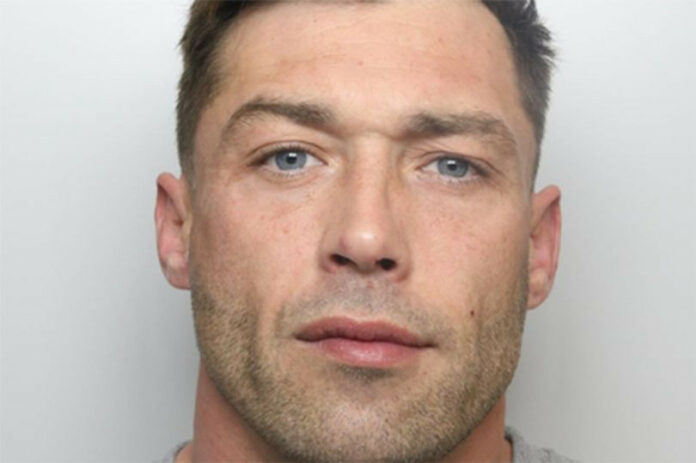 A handsome burglar, wanted for stealing from homes, is also now wanted by women who say he’s stolen their hearts.

Police released a mugshot of convicted burglar Jonathan Cahill, 37, on their Facebook page.

The burglar, who is described as being six foot tall, is wanted on recall to prison for breaking his bail conditions but is currently on the run.

In their appeal, a spokesperson for West Yorkshire Police said: “Police are appealing for information about Jonathan Cahill, who is wanted on recall to prison.

“Cahill, 37, was released from prison last September after serving part of a sentence for burglary.

“He is believed to have breached the terms of his release and has now been recalled to prison.

“Officers are continuing enquiries to locate Cahill, who is described as being of medium build and approximately six feet tall.

“He is believed to be currently residing in Wakefield.

“Anyone who can assist in locating him is asked to contact police in Wakefield on 101 or by using the contact options on the West Yorkshire Police website.”

His image has been shared far and wide as women drool over him and promise to keep him for themselves if they find him.

One woman said: “What did he steal? People’s hearts?”

More than one person said they’d happily volunteer their time to help find Cahill, with another commenting: “If I find him can I keep him?”

One person asked: “What’s his crime breaking hearts or houses?”

Another person wrote: “Ooft talk about a fit felon!”