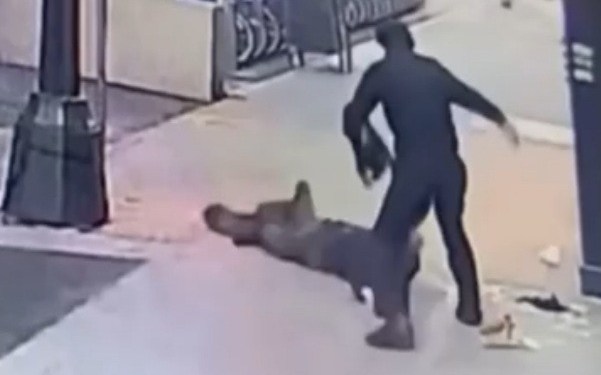 The event occurred on a Midtown sidewalk in New York on Wednesday morning, January 12.

While strolling down the street, a 59-year-old man noticed Xavier Israel, 25, who was resting on a sidewalk in front of 476 Fifth Avenue.

According to reports that Israel rises to his feet and tackles the Good Samaritan, stealing his wallet from his pocket.

The victim tries in vain to get his wallet later in the video, but the suspect punches him and throws him to the ground.

Israel was apprehended shortly after fleeing the scene on West 41st St. and 5th Ave.

After witnesses claimed Israel put cash inside his jeans, they were able to collect over $1,500 from him.

Israel was charged with assault, robbery, and grand larceny, according to sources.

In the video below, you can see the attack.

Photos: Bikini-Clad Tiwa Savage & Friends Having Loads Of Fun In...