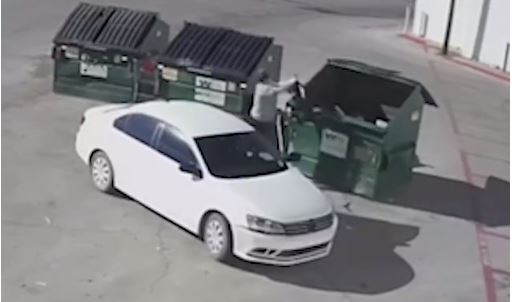 An 18-year-old New Mexico mother who was caught on video throwing her newborn child into a dumpster told police she did not know she was pregnant until the day before she delivered her baby in a bathroom.

Alexis Avila was arrested and charged with attempted murder and child abuse after her infant son was found clinging to life on Friday night in 30-degree weather, nearly six hours after being tossed in the trash.

Avila is being held in jail and will be arraigned at a soon-to-be-determined date at Lea County District Court.

Surveillance video showed a woman arriving in a car before opening the back door and tossing a black trash bag into a dumpster in Hobbs, New Mexico, at around 2pm on January 7.

Six hours later, footage showed three people looking through the dumpster before one of them found the infant inside. Incredibly, the newborn was alive.

According to a criminal complaint obtained by KRQE on Monday, Avila confessed to throwing away her child. The 18-year-old mom told police she did not know she was pregnant until she went to a doctor for a stomach pain on Thursday.

The following day, she delivered her son in a bathroom at her parents’ home.

After giving birth, Avila said she ‘panicked.’ She wrapped her son in a towel, placed him in a trash bag and drove around, before throwing the child in the dumpster at the Broadmoor Shopping Center at around 2pm.

New Mexico has a Safe Haven law, which allows a person to leave an infant not more than 90 days old with the staff of a hospital without fear of criminal prosecution.

It was not until nearly 8pm that evening that a group of dumpster divers rescued the infant after hearing his cries. They told police they initially thought it was a kitten. 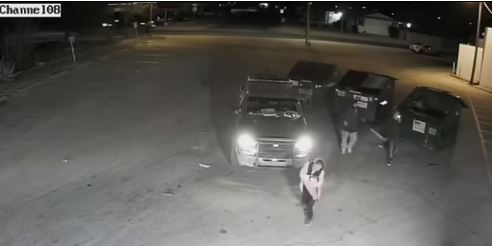 Avila’s son was taken to a hospital in Hobbs before being transferred to another hospital in Lubbock that has a more advanced NICU unit.

When doctors assessed the baby, they found that his body temperate was so low that it did not register, indicating hypothermia. The newborn has since been given a blood transfusion, and put on a feeding tube and oxygen.

During her interview with the police, Avila was quoted as referring to her child as ‘it.’

Avila’s mother told investigators she was not aware of her daughter’s pregnancy.

Anyone insulting me is wasting his time – Bishop Oyedepo