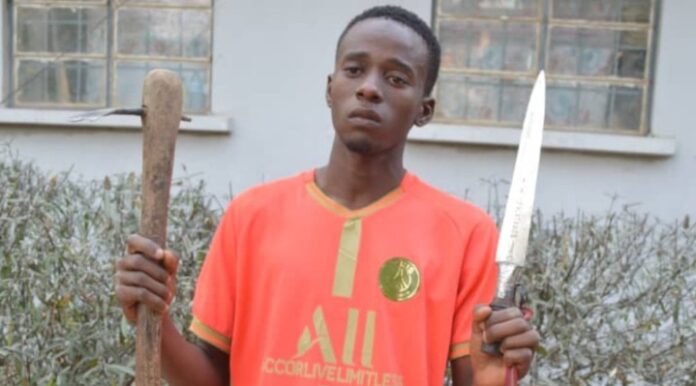 A 21-year-old identified as Auwalu Abdulrashid (Lauje) has been arrested by the police in Kano for kidnapping and killing a 13-year-old girl.

He said while negotiating for the ransom, the body of the victim was discovered in an uncompleted building, slaughtered and buried in a shallow grave.

Kiyawa said the Commissioner of Police, Kano State Command, CP Sama’ila Shu’aibu Dikko, immediately raised and instructed a team of Operation Puff Adder to arrest the culprits, adding that they succeeded in arresting the suspect.

He said on preliminary investigation, the suspect confessed that he singlehandedly kidnapped the victim and killed her after he confirmed that she recognized his face.

“I directed her to go into an uncompleted building.

“After I realized that she recognized me, I then used knife to slaughter her throat and buried her in a shallow grave, and then demanded a ransom of One Million Naira (N1,000,000.00) and later settled at Four Hundred Thousand Naira (N400,000.00) from her parents.”

The Police Spokesman added that the suspect further confessed that he was also responsible for kidnapping a 3-year-old boy, a younger brother of the victim
and demanded a ransom of Two Million Naira (N2,000,000.00), later settled and collected

Which Of These Provokes You More About Nigeria?