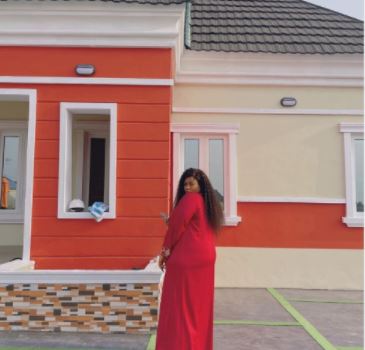 I sold my Range Rover to complete my house, says Nkechi Blessing

Nkechi Blessing, the Nigerian actress, says she sold her Range Rover SUV to complete her house.

The actress, who announced this via her Instagram page yesterday, described it as the best decision she took last year.

She also accompanied the post with a picture of herself standing in front of the new building.

Blessing said after selling the luxury vehicle, she resorted to using a “space bus” she had bought for her late mother.

Citing her experience as an instance, she enjoined her fans to set their priorities right in 2022.

She added that she decided to sell the Range Rover because “a car is not an achievement but a necessity.”