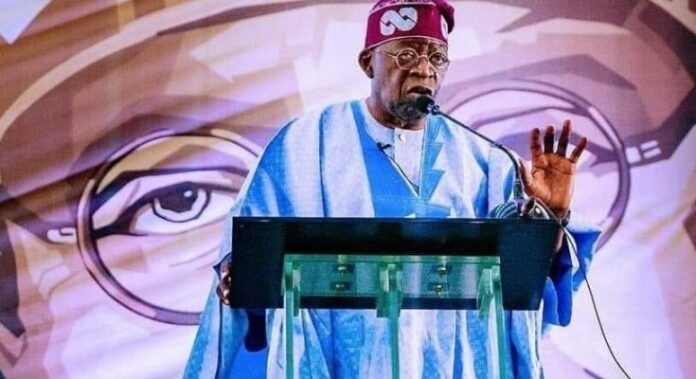 Bola Tinubu, one of the All Progressives Congress’ presidential candidates, has indicated one of the things he would undertake if elected President in 2023.

Tinubu has stated that his administration will pay for all Nigerian students to take the West African Senior School Certificate Examinations, regardless of their background.

He said, “Your children’s West African examination fees will be paid by us, so that no one, no matter how poor, will be left behind.”

The former Governor of Lagos State also stated his intention to stabilize the country adding that he was in the race to break the shackles of poverty in the country.

Tinubu also advised the women to remain in the APC and support it stating that it is a progressing party.

“The symbol of our party is a broom. The symbol of my cap is breaking shackles. You break the shackles of ignorance, poverty, and many things.

“We need stability in the country. We need peace and the stoppage of banditry is extremely important because women are the vulnerable victims of banditry, violence, and instability. Without peace and stability, we cannot build a nation as rapidly as we want,” Tinubu stated.