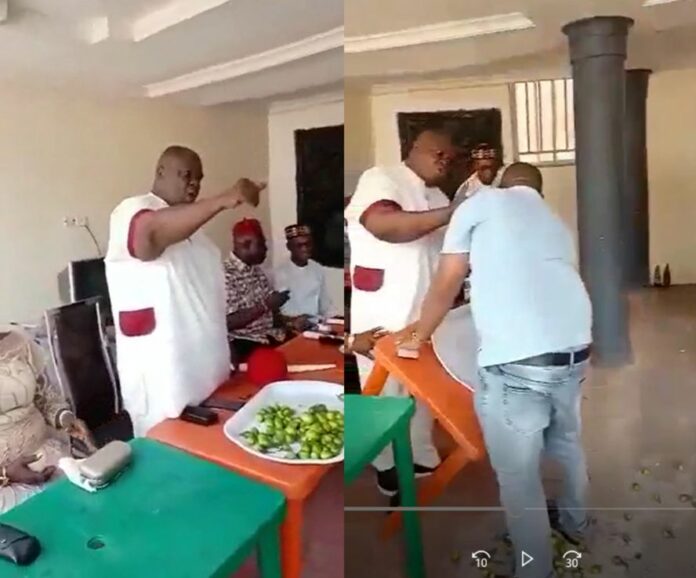 Imo lawmaker, Chiji Collins, furious after constituents asked him not to run for another term (Video)

Chiji Collins, a member representing Isiala Mbano state constituency in Imo, reacted in anger after a constituent challenged him for lack of performance.

Collins was the former speaker of the state assembly.

In a trending video on social media, a constituent questioned Collins’ performance as a lawmaker in the last four years.

He faulted the lawmaker, saying he doesn’t deserve another term and should step down.

“The last campaign he went for at honourable Onugadi’s house, he was making a speech that day, and I stood up and asked him, you’ve served for four years but did not do anything for Eziaba,” the young man said.

“I asked him if he forgot something at the government house, and he replied that he forgot his pant, and so I told him to step down because he hasn’t done anything for Eziaba.”

The young man was still talking when the lawmaker stood up in anger and tried to shut him.

This is Hon. Collins Chiji, the former speaker of Imo State House Assembly, getting angry and upturning a table after a constituent asked him not to run for a second term for lack of performance. 🤣