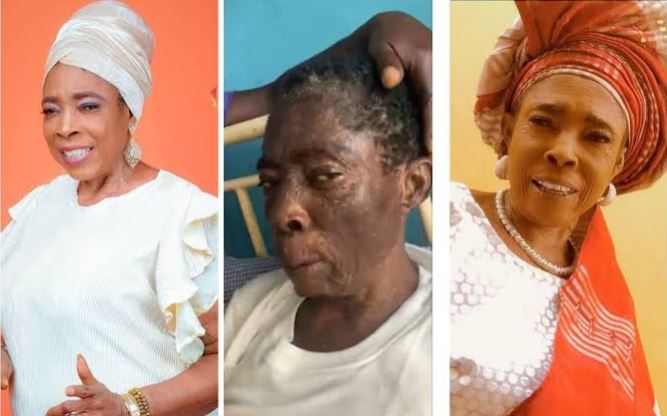 For many who may not know, Iyabo Oko has come a long way in the Yoruba movie industry; she is known for her versatile acting skills.

She was named Odukanmi Kudirat and was born on the 15th of November 1960 in the Iwo Local Government Area of Osun State in Nigeria. The veteran had part of her childhood in Port Harcourt, Rivers state. She was 61 in 2021.

Iyabo Oko went to Oke-Ola Primary School in Iwo, Osun State. She relocated to Port Harcourt, where her father, an active soldier in the Nigerian Army, was based, and she was enrolled at St. Andrews Secondary School, Port Harcourt.

Owing to her love for acting, Iyabo Oko ran away from home because she wanted to join a theatre group only for her father to come and take her back. According to the record, this happened twice, and she kept going back to the group.

Iyabo Oko joined Nollywood as a teenager in 1973 under the platform of Eda Onileola theatre troup even without the support of her parents. 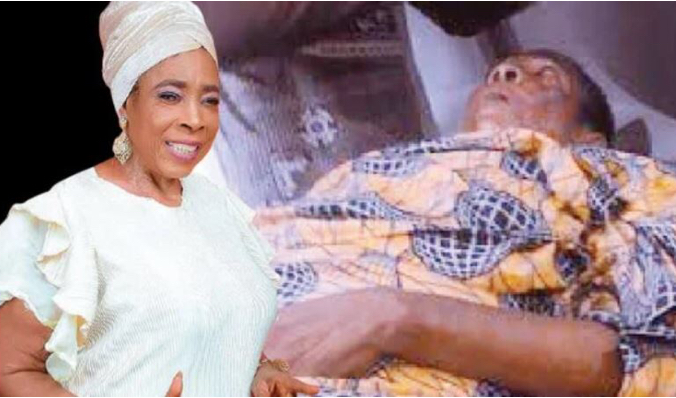 She would later start to feature in Nollywood movies after she joined Oga Bello’s theatre group in Lagos. Iyabo Oko made it to the limelight following her role in the movie Oko, which was produced by Oga Bello. She earned the nickname Iyabo Oko from the movie.

By the time she became famous, her father had died, but her mother was alive to see her success in the movie industry. She has acted in movies like Idunnu Okan, Mayowa, Adesoro, Okobo Dimeji, among others.

It was reported by one of the veteran’s daughters, Olamide, that the actress was diagnosed with ischaemic stroke about five years ago but chose to keep her health issues away from the public.

She said: “What affected my mum was the fact that she was not going for her medical check-ups. I want Nigerians to help provide a car for her. What happened (to her) could have been prevented but because of the unavailability of a car, things took a different turn. She lives very far from the hospital.

“When she had her last ‘attack’, I had to get a motorcycle to convey her to the junction before I could get a cab to pick her. She was diagnosed with a right ischemic stroke some years back. The first health scare happened about five years ago but she did not want anyone to know about it. My elder siblings even flew her to China for better medical treatment and she got better. Sadly, she had two other ‘attacks’.

According to her, the 61-year-old actress had instructed her children not to tell anyone about her health conditions, unfortunately the veteran had another attack that affected her limbs.

” However, she is getting better. She can now talk and respond to people. The doctors have assured us that with the help of physiotherapy, she would be able to use her limbs again.”

“We spoke out because we now need financial help. Her children are doing their best but they can’t do everything. Actresses like Foluke Daramola, Iyabo Ojo, Mercy Aigbe, and Biodun Okeowo have assisted financially in the past.” She said.

The actress reportedly died on the 5th of January, 2022 after a long battle with stroke.

News about the death of the veteran began to make the rounds after Bisi Aisha, the actress’ daughter, posted on Instagram on Wednesday that her mother had died. She wrote: “My mum is gone. Rest well mummy. May ur soul Rest In Peace mummy.”

Shortly after her post, Salako also posted via her Instagram page that Iyabo Oko’s death was quite early.

According to Ms Aisha, in a video she shared on her Instagram page, while she was still mourning her supposed dead mother, she received a call from her brother that her mother had regained consciousness.

The actress returned to life three hours after being announced dead.

“Wonderful being, she moved her hand after being confirmed dead three hours ago. God, we will forever praise your holy name,” Aisha stated on Thursday morning.

She said: “Yes she is already in the hospital as we speak. Thank you everyone , we still need your prayers please.”

Salako later updated her earlier report, ” Just heard from her daughter again that she moved her hand and she is still alive. Hallelujah! She is alive.”

The City People Awards platform in 2016 awarded Iyabo Oko with a Special Recognition Award for her exceptional contributions to the growth of the Movie Industry in the country.