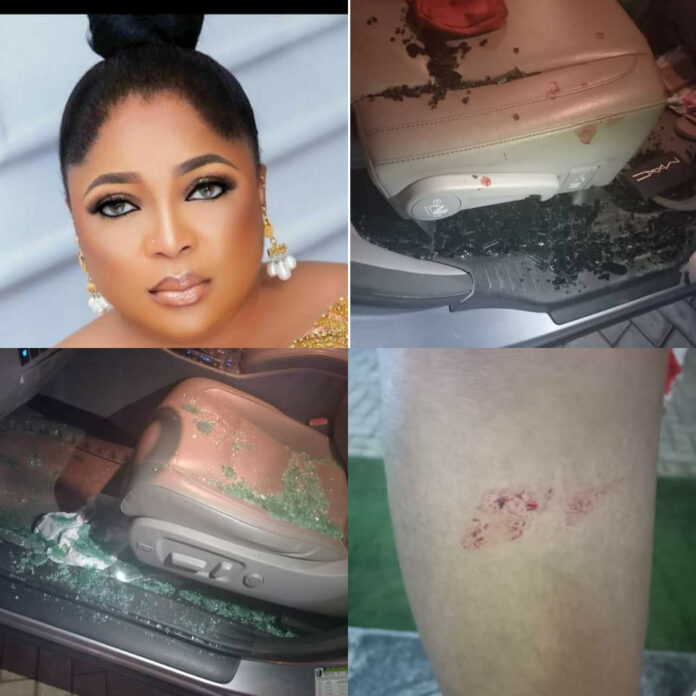 Hours after actress Kemi Afolabi announced that she was attacked by armed robbers, her Instagram page has been cleared of all its posts.

The actress had taken to her Instagram page on Wednesday to announce that she and her driver were attacked by armed robbers who smashed her car, took her phones, and left her injured.

She said, “My arm was cut with a cutlass, and they took my phones, belongings and ran off! Sadly my driver also took a hit to his head. Still, I am thankful because it could be worse! However, this is nothing compared to what I’ve been through in recent times.”

Her accident ordeal comes days after she revealed that she prepared for death after being diagnosed with an incurable disease.

While making the announcement on the robbery attack, the actress had noted that she was using her daughter’s phone because hers was stolen during the attack.

“This message is typed via my daughter’s phone. If you are not able to reach me for now; you know why. It is well.”

However, shortly after the announcement, it was noticed that Afolabi’s posts have been deleted from her Instagram page, save for two. 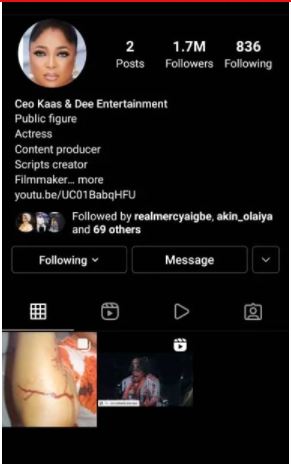 Brain teaser, who wants to try?