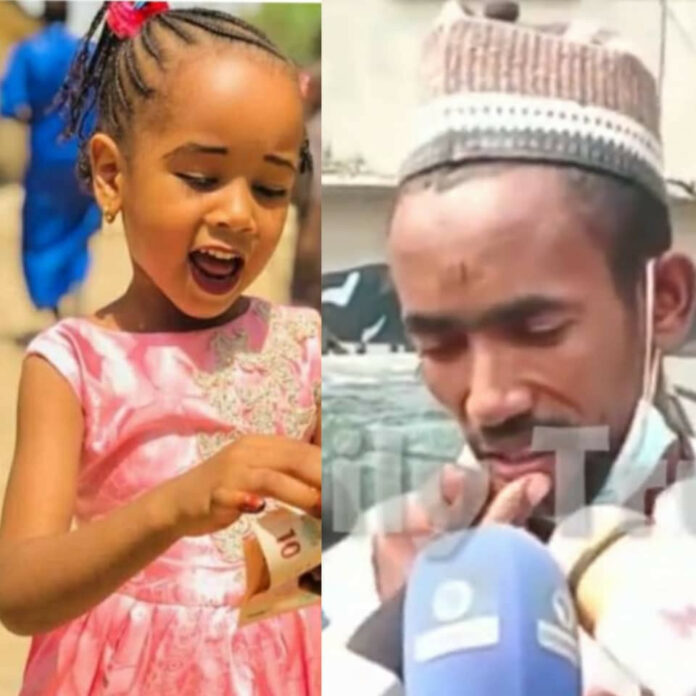 Abubakar Abdulsalam, the grieving father of 5-year-old, Hanifa Abubakar, who was kidnapped and killed by her schoolteacher in Kano state, has said till he dies he will never forget how his baby girl was abducted and killed.

Five-year-old Hafina was abducted by her teacher on December 4, 2021 and murdered two weeks later. Her grave was discovered days ago in the same school where she attended for about two terms, some seven months ago. On Thursday January 20, the police exhumed the mutilated body of the minor buried within the school premises where she previously attended.

In a video interview with DailyTrust, Abubakar who couldn’t control his tears said he is in deep sorrow over the tragic incident. He said the sad incident can happen to anyone.

Watch his heartbreaking interview below…