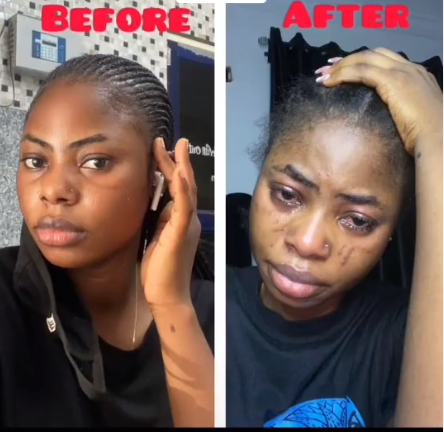 A Nigerian lady has cried out after a laser treatment she underwent to remove her tribal mark left her with more scars.

The lady who revealed that she underwent the laser treatment in December 2021, said she was told that the tribal mark will be removed with no scars
After questioning them about the injury she sustained, those behind the treatment told her it will clear off within 3 days.
The injury however turned to dark scars weeks after. She added that they asked her to return for another treatment but she refused and is now requesting for a refund.