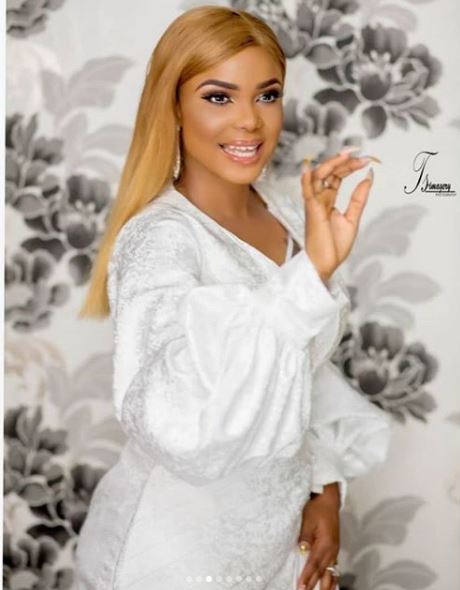 Mummy G.O, known in real life as Funmilayo Adebayo is the founder and leader of Rapture Proclaimer Evangelical church and she is become the talk of social media in recent times due to her wild commentaries about the Christian faith and sin.

Iyabo Ojo decided to mimic Mummy G.O’s style of preaching in a new Tiktok video shared on her Instagram page.

Iyabo Ojo’s wore a blue beret and on a black jacket and blue skirt, very similar to Mummy G.O’s and she recreated the popular Evangelist’s sermon on “990 years in the kingdom of darkness”.

Sharing the video she captioned;

How I ended up in the hospital after sleeping with Shatta...