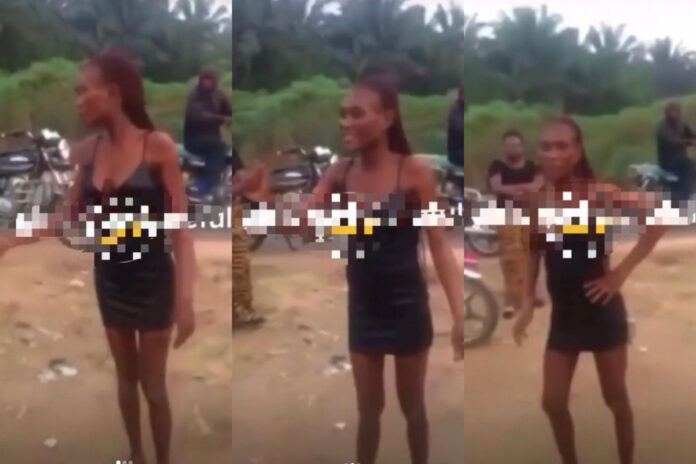 A Nigerian lady was reported to gave gone mad shortly after she alighted from a Benz car with a Yahoo boy believed to be her boyfriend.

This is actually not the first time such an incident has occurred especially in Nigeria. In this particular video, the narrator revealed that the lady alighted from the Benz car with a friend who run mad immediately after alighting.

The other one who was sighted in the video was also seen demonstrating some signs of insanity as bystanders presume she has gone mad. The narrator advised ladies not to fall victim to such uncertainties because of money.

Photo: P-Square In Amsterdam For A Concert