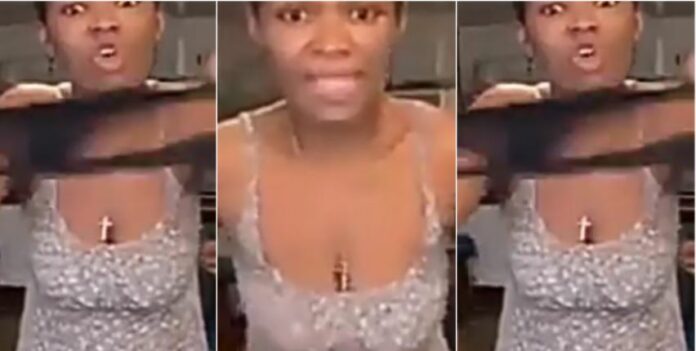 A young lady has caused a stir online after going live to lay a curse on her boyfriend and his manhood, following the end of their relationship.

The Ghanaian lady identified her boyfriend as Amankrado, and went on to pull off her panties which she held on to as she cursed him.

She was heard saying that since he came to this world through the vagina, his nemesis will catch up with him via same channel. The disgruntled lady also said her ex-boyfriend’s manhood won’t function again and the day he inserts it into any woman’s vaguna, he will be inflicted with a lot of incurable diseases.

Buju Shares The Tracklist Of His Debut EP