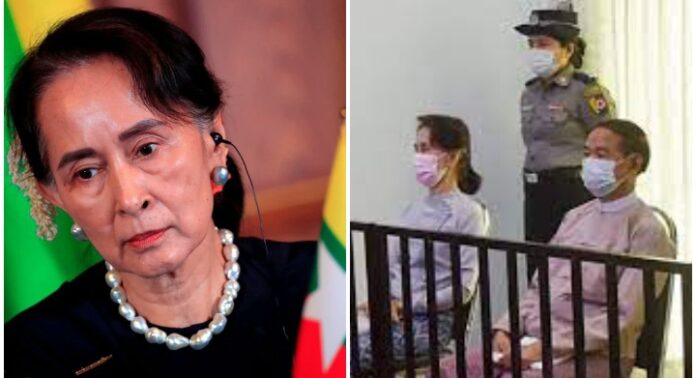 A Myanmar court on Monday sentenced ousted leader Aung San Suu Kyi to four more years in prison, according to sources familiar with the court proceedings.

She was accused of breaking coronavirus restrictions and possessing unlicensed walkie-talkies. She allegedly broke telecommunications and import-export laws in relation to the walkie-talkies.

Journalists and members of the public were excluded from the trial, so Suu Kyi’s reaction is unknown.

Twelve legal cases have been brought against Suu Kyi, 76, and experts say she could face jail time totalling more than 100 years.

In a first verdict in December, she was sentenced for 4 years for incitement against the military and breaching Covid rules.

It is the first of a series of possible sentences that could see the Nobel laureate imprisoned for decades.

Suu Kyi, 76, has been detained since the generals staged a coup and ousted her government on February 1, ending the Southeast Asian country’s brief period of democracy.

She has since been hit with a series of charges, including violating the official secrets act, corruption and electoral fraud, and she faces decades in jail if convicted on all counts.