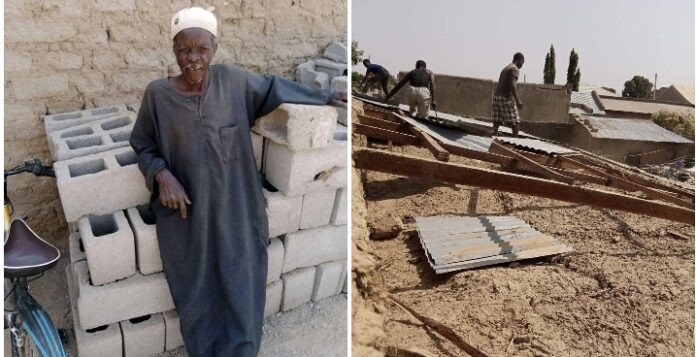 An aged man identified as Malam Sa’idu has removed his house roof to sell so he can raise money to pay ramson for his kidnapped son.

The man who is in Faskari town was kidnapped in December and spent 13 days with the bandits.

When his son went to pay the N50,000 ransom, the bandits released the old man and kidnapped his son.

They are now demanding a N100,000 ransom from the old man. In the video clip, Mr Faskari was heard saying he was doing it for his son.

“They (bandits) kidnapped my son day before yesterday (Thursday). He had gone to pay the ransom money for my release. I spent 13 days in their den. When my children gathered the N50,000 one of my sons was asked to take the ransom but the bandits released me and apprehended him. I don’t even have what to eat not to talk of the money to go and pay ransom.” 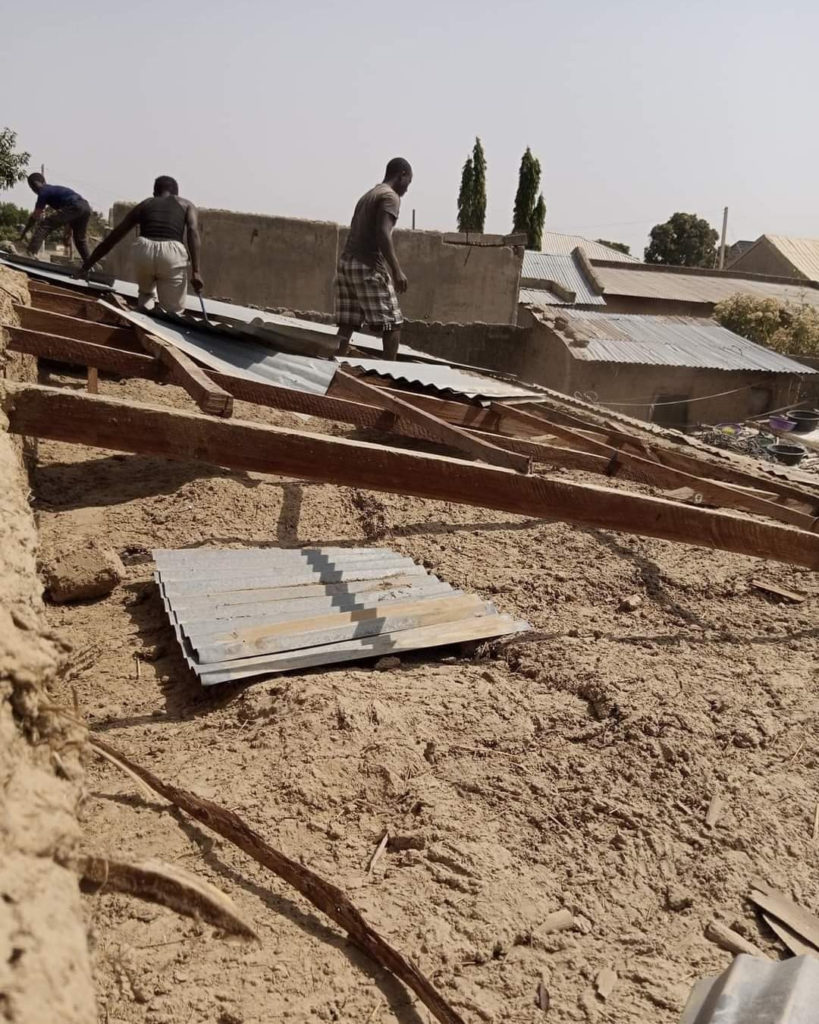 Delta Governor Visits Family Of Aide Who Was Shot Dead By...