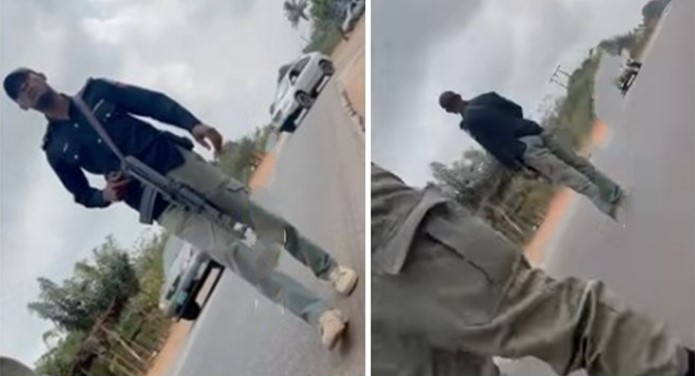 A video making the rounds online shows some police officers probing young man over how he was able to make money to buy expensive car and iPhone.

They accused him of doing money rituals, and wondered hat he does for a living to be able to buy a Lexus reportedly worth N6million.

He had been stopped at a police checkpoint and told to park after being spotted driving an expensive car.

In the clip, the officers also asked where he got N400,000 to buy an iPhone. An officer insisted that he did money rituals to fund his lifestyle.