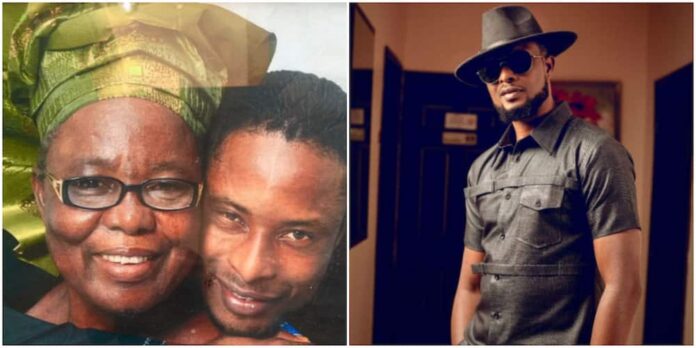 Veteran Nigerian musician, Faze has lost his mum, Mrs. Faith Maryann Orji to the cold hands of death and the singer is now in grief.

The singer’s mother died eleven months after his twin sister died two days before their birthday. On his Instagram page, Faze shared the news of his mother’s death.

Faze thanked God in a memorial post to his mother for allowing her to live a long life before passing away. He was also perplexed as to why the people he cared about were abandoning him.

He wrote; “I don’t know how to express what’s in my heart. My heart is heavy. My Mum passed on last Wednesday, January 12th. This, after my twin sister left this world last year.”

“I don’t know why so many good people I love are leaving but I just hold on to the thought that God is God and he knows what he is doing. It is well. I just thank Him that she lived a full life and is done with the troubles of this world. Rest well Mummy.”