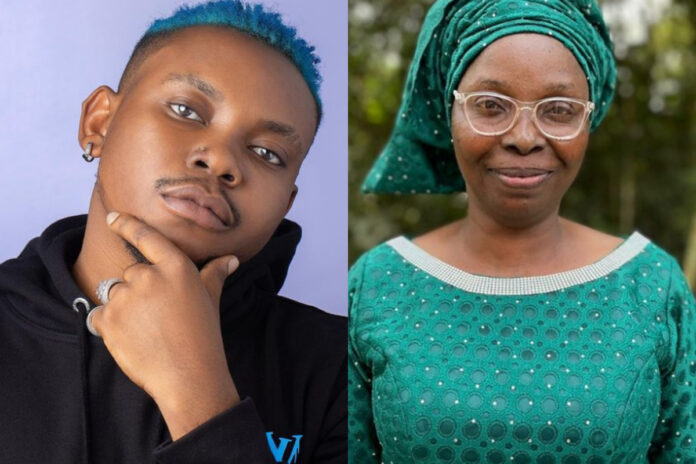 The founder of the Rapture Proclaimer Evangelical Church of God, Mummy GO, real name Pastor Funmilayo Adebayo was rumored to be the sister to the “In My Maserati” hitmaker, Olakira.

These claims were made by the popular Instagram blog page, Instablog9ja that suggested that the woman of God might be the elder brother of the Afrobeat singer.

The blog wrote; ”The controversial Mummy G.O. is reportedly the older sister to Maserati singer, Olakira, according to insiders close to the artiste. What would she say about the ‘horn’ sign he’s always flashing?”

Well, Olakira has finally confirmed this claim, saying Mummy GO happens to be his elder sister and even though he is a secular musician, he has already earned his place in Heaven. He made this revelation on Twitter after a fan posed a question to him.

See the screenshot below:

Moving away from that, Ghanaian Afropop/Dancehall musician, Mujahid Ahmed Bello, well known as Fancy Gadam has intimated that he always regards himself as an A-list artiste irrespective of the fact that most Ghanaians would disagree with his claims.

Speaking in an interview with KMJ on Showbiz Now on Joy Prime, Fancy Gadam expatiated on his claims that he is capable of doing more than any self-acclaimed A-list artist cannot do in the country including filling up the Tamale Sports Stadium and big arenas in Accra.

“At the end of the day, I do what most A-list artists cannot do. I am able to fill up Tamale Sports Stadium, and fill up big arenas in Accra,” he said.

A Breakdown Of Neymar’s Contract At Paris St Germain