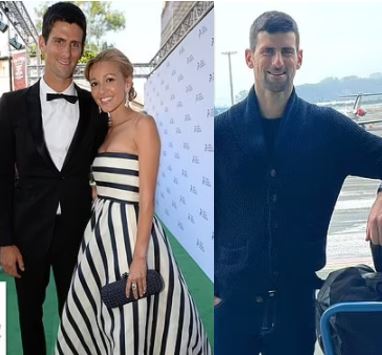 Novak Djokovic’s wife Jelena has broken her silence as Novak Djokovic continues his legal battle to play at the Australian Open.

Taking to Twitter on Friday, Jelena wrote: ‘It’s Christmas today for us, my wishes are for everyone to be healthy, happy, safe and together with families. We wish we are all together today, but my consolation is that at least we are healthy. And we will grow from this experience.

‘Thank you dear people, all around the world for using your voice to send love to my husband. I am taking a deep breath to calm down and find gratitude (and understanding) in this moment for all that is happening.

‘The only law that we should all respect across every single border is Love and respect for another human being. Love and forgiveness is never a mistake but a powerful force.’

On Thursday, Prime Minister Scott Morrison revealed Djokovic’s visa had been cancelled because he ‘didn’t meet the requirements of entry’. 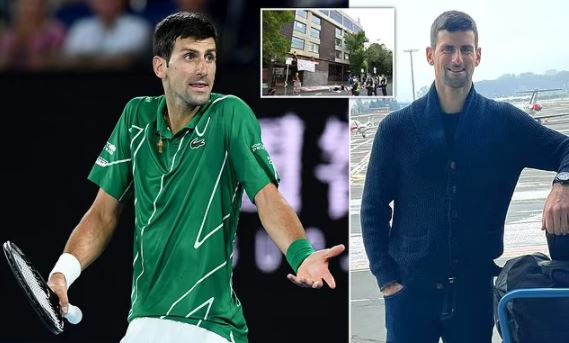 He’s currently being housed in a Melbourne immigration detention hotel alongside refugees, but Home Affairs Minister Karen Andrews insists he is ‘free to leave’ if he so chooses.

‘Mr Djokovic is not being held captive in Australia, he is free to leave at any time that he chooses to do so and Border Force will actually facilitate that,’ she said.

Djokovic’s own father insists he’s being ‘kept in captivity… to stomp all over Serbia and Serbian people’.

He had reportedly received a medical exemption from Tennis Australia and the Victorian Government to enter Australia, but upon further questioning from border force it was determined he did not satisfy the conditions.

Djokovic’s legal team took the matter to the Federal Court of Australia in an attempt to have the decision swiftly overturned.

On Thursday, the court ordered Djokovic could remain in the country until at least Monday 4pm. It’s hoped the matter will be settled in court that day.

Tennis Australia have indicated they want a decision as to whether Djokovic can play in the Grand Slam no later than Tuesday ‘for scheduling purposes’.